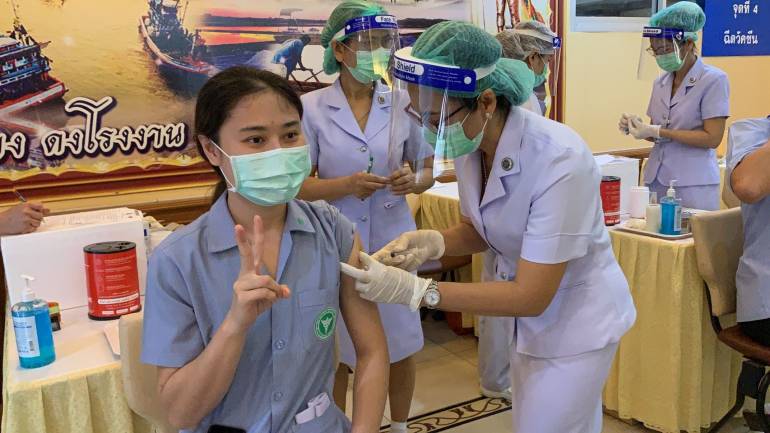 828, out of over 25,000 Thais, who were given COVID-19 vaccines have suffered side effects, according to the Disease Control Department.

So far, 116,000 doses have been distributed to hospitals in 13 provinces to be administered to specific groups of people, including frontline health officials, those who have been working in close contact with the infected or those suspected to be infected, elderly people and those with congenital diseases.

Recently, the cabinet approved 6.3 billion baht to procure an additional 35 million doses of the AstraZeneca vaccine, on top of 26 million doses already ordered, which should be sufficient to cover half of Thailand’s population this year.

The new cases include 60 locally-acquired infections and 5 among arrivals from abroad, with two of them not in state quarantine.

The coastal province of Samut Sakhon recorded 47 new cases, including 40 cases found during proactive screening and 7 among those under observation and treatment. There are two new cases each in Bangkok and Nakhon Nayok, three cases in Pathum Thani and five cases in Tak province.

Cumulative infections, since early last year, are 26,370, with 25,744 recoveries.  541 others are still being treated in hospitals. Total deaths remain at 85. 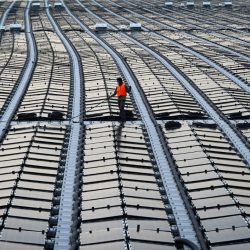 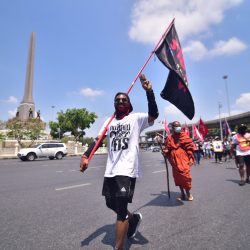