Thailand recorded one new COVID-19 case in state quarantine today (Wednesday), as a locally-transmitted case, the first for more than three months, was reported but is yet to be confirmed.

The Dean of the Medical Science Faculty of Ramathibodi Hospital, Dr. Piyamitr Srithara, said that a Thai man, who had returned from the United Arab Emirates infected with COVID-19 and who was treated until he was clear of the disease, is reported to have tested positive again.

The discovery of what could be the first locally transmitted case in more than three months has prompted health officials to investigate whether the man is actually infected or not.

Meanwhile, Dr. Nawanan Thira-ampornpan, of Mahidol University, appealed to members of the public not to panic and to wait for more details about the case from the Disease Control Department.

He said that there might to be an error in the report.

According to the CCSA, the new case is a 37-year old Thai woman, who had been working as a masseuse in India and returned to Thailand on August 8th, on the same flight as 18 other passengers who were earlier found to be infected.

The woman was cleared of infection in the first test, but the second test, conducted on August 17th, was positive, though no symptoms were reported.

Cumulative infections in Thailand, to date, are 3,382, with 3,199 recoveries and 58 deaths. 125 others are still being treated in hospital. 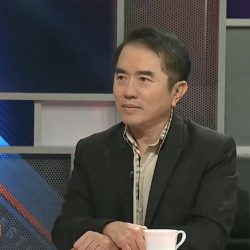