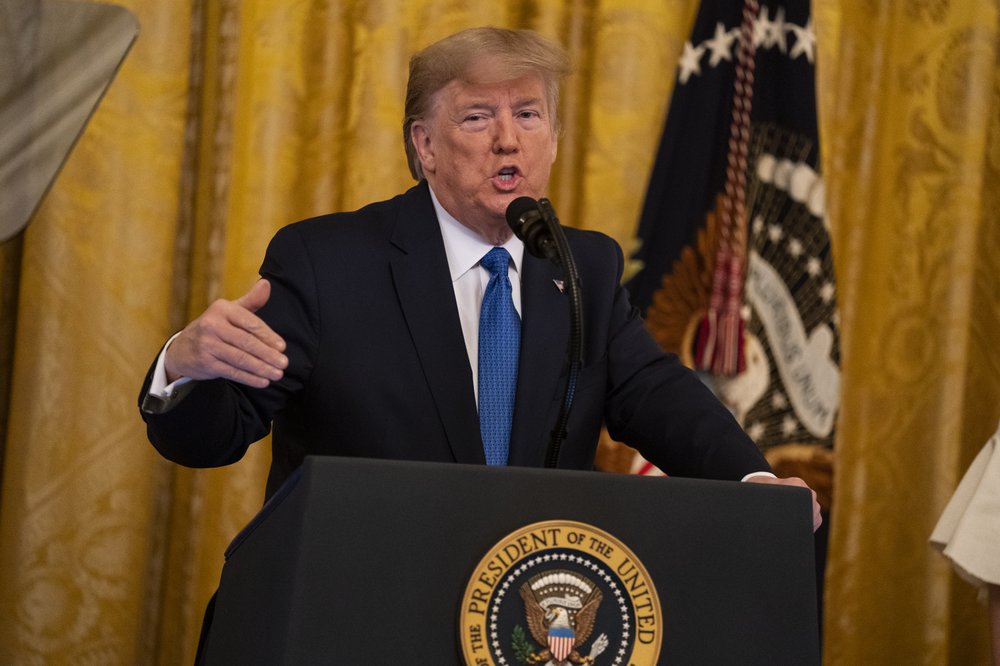 WASHINGTON (AP) — Stepping before the nation in extraordinary times, President Donald Trump on Tuesday will extol the “Great American Comeback” as he delivers his State of the Union address on the eve of his likely impeachment acquittal and in the aftermath of the chaotic first votes of the race to replace him.

The first president to run for reelection after being impeached, Trump will argue that the nation’s economic success is the chief rationale for a second term, according to speech excerpts released by the White House in advance. The main suspense was whether he would address the charges against him.

“In just three short years, we have shattered the mentality of American decline and we have rejected the downsizing of America’s destiny,” Trump said in prepared remarks. “We are moving forward at a pace that was unimaginable just a short time ago, and we are never going back!”

Trump aimed to spend much of the speech highlighting the economy’s strength, including low unemployment, stressing how it has helped blue-collar workers and the middle class, though the period of growth began under his predecessor, Barack Obama. And what Trump calls an unprecedented boom is, by many measures, not all that different from the solid economy he inherited from Obama. Economic growth was 2.3% in 2019, matching the average pace since the Great Recession ended a decade ago in the first year of Obama’s eight-year presidency. Trump promised much higher.

In the nationally televised speech, Trump is speaking from the House of Representatives, on the opposite side of the Capitol from where the Senate one day later is expected to acquit him largely along party lines.

“This is a president with an enormous sense of drama and a background in television who understands that the setting gives him an opportunity,” said presidential historian Michael Beschloss. “This is an opportunity to set the course for reelection.”

MORE ON THE STATE OF THE UNION

White House aides have promised an optimistic speech that will look past the impeachment trial that has consumed Washington in favor of a recitation of accomplishments and promises. But Trump often veers from his script and may not be able to resist using the moment to claim exoneration and settle scores. And even in the moments when Trump has struck a tone of bipartisanship and cooperation, he has consistently returned to his scorched earth rhetoric within days.

Even for a Trump-era news cycle that seems permanently set to hyper-speed, the breakneck pace of events dominating the first week of February offered a singular backdrop for the president’s address. Yet Trump told TV anchors at a midday meal that his address would be “extraordinarily low key.”

Supreme Court Chief Justice John Roberts, who has presided in the Senate over only the third impeachment trial in the nation’s history, will be on hand Tuesday night — this time in his more customary seat in the audience. Trump will stand before the very lawmakers who have voted to remove him from office — and those who are expected to acquit him when the Senate trial comes to a close.

And over his shoulder, visible in nearly every camera shot, will be House Speaker Nancy Pelosi, a frequent thorn in Trump’s side who created a viral image with her seemingly sarcastic applause of the president a year ago and who authorized the impeachment proceedings that charged the president with abusing the power of his office to push Ukraine to investigate a political foe.

Trump will also stare out at some of the Democrats who have been vying to take his job, although it was unclear if he would weigh in on the confusion in Iowa, where the results of Monday’s leadoff caucuses were delayed. In advance of his address, Trump tweeted that the caucus chaos showed Democrats were incompetent and should not be trusted to run the government.

Trump spent the hours before his speech tucked away at the White House, hosting network anchors for lunch while working on final drafts of the address. He entered the moment on a roll, with his impeachment acquittal imminent, his job approval numbers ticking upward and Wall Street looking strong. Aides played down the possibility that he would use the address to seek vengeance over impeachment.

“I think that this has gone on for too long and I think that, if you look at the ratings, the American people are frankly bored of it,” White House press secretary Stephanie Grisham told Fox News early Tuesday.

In the closest historical comparison, Bill Clinton did not mention his recent impeachment when he delivered his State of the Union in 1999. In his address a year ago, Trump did remain on message, making no mention of how Pelosi had originally disinvited him from delivering the speech during the longest government shutdown in the nation’s history.

Trump aimed to spend much of the speech highlighting the economy’s strength, including low unemployment, stressing how it has helped blue-collar workers and the middle class, though the period of growth began under his predecessor, Barack Obama.And what Trump calls an unprecedented boom is, by many measures, not all that different from the solid economy he inherited from President Barack Obama. Economic growth was 2.3% in 2019, matching the average pace since the Great Recession ended a decade ago in the first year of Obama’s eight-year presidency

Trump, according to aides, also planned to stress the new trade agreements he has negotiated, including his phase-one deal with China and the United States-Mexico-Canada agreement he signed last month.

While the White House said the president would have a message of unity, he also planned to spend time on issues that have created great division and resonated with his political base. He will attack the Democrats’ health care proposals for being too intrusive and again highlight his signature issue — immigration — trumpeting the miles of border wall that have been constructed.

“The United States of America should be a Sanctuary for Law-Abiding Americans – Not Criminal Aliens!” Trump is to say, according to the excerpts. “My Administration has undertaken an unprecedented effort to secure the Southern Border of the United States.”

He will also dedicate a section to “American values,” discussing efforts to protect “religious liberties” and limit access to abortion as he continues to court the evangelical and conservative Christian voters who form a crucial part of his base.

As usual, the presidential guests will reflect issues that Trump wants to highlight. The invited guests include military families, immigration officials and the former sheriff from Venezuela who fled to the United States.

The Democrats were supplying plenty of counter-programming, focusing on health care — the issue key to their takeover of the House last year. Many female Democrats were wearing white as tribute to the suffragettes, while a number in the party were wearing red, white and blue-striped lapel pins to highlight climate change, saying Trump has rolled back environmental safeguards and given free rein to polluters.

Several Democratic lawmakers, including California Rep. Maxine Waters and New York Rep. Alexandria Ocasio-Cortez, announced in advance of the speech that they would be skipping it, with the high-profile New York freshman tweeting that she would “not use my presence at a state ceremony to normalize Trump’s lawless conduct & subversion of the Constitution.”

Michigan Gov. Gretchen Whitmer was delivering the party’s official response and, in excerpts released ahead of the speech, was to draw a contrast between actions taken by Democrats and the president’s rhetoric.

“It doesn’t matter what the president says about the stock market,” Whitmer says. “What matters is that millions of people struggle to get by or don’t have enough money at the end of the month after paying for transportation, student loans, or prescription drugs.” 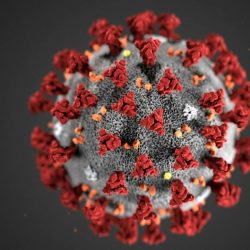 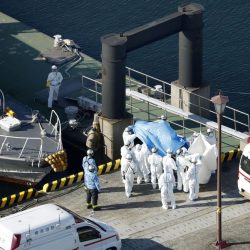