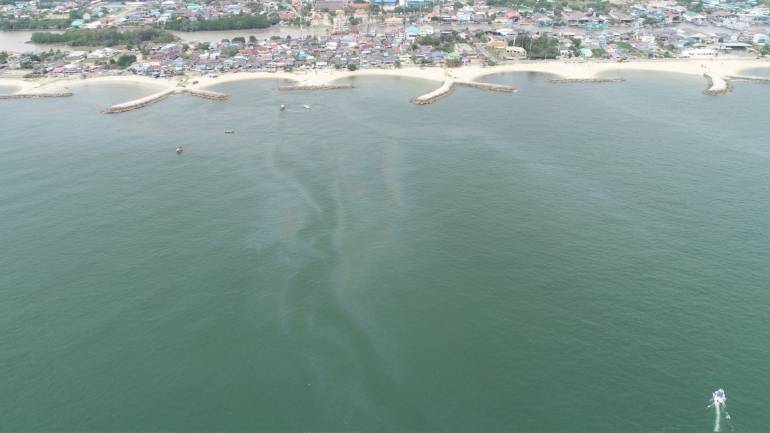 Officials from the Marine and Coastal Resources Department and Star Petroleum Refining Plc (SPRC) have launched an operation to contain a one-km long film of oil floating towards Laem Charoen beach in Muang district of Rayong province.

The officials immediately deployed booms to contain the oil, which was first detected at about 2pm today (Monday).

One of the officials said that the film smells bad and is thought to be residue from dispersed crude oil spilt into the sea on January 25th and February 10th.

Mae Ram Phueng beach was hardest hit by the first oil spill on January 25th, caused by a rupture in SPRC’s submarine pipeline at their offshore mooring platform. Tens of hundred litres of crude oil is believed to have leaked into the sea. 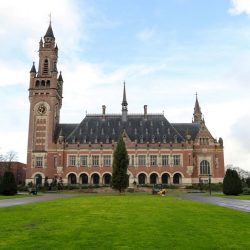 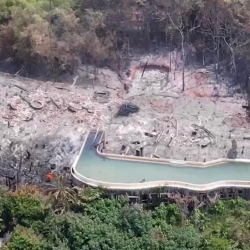