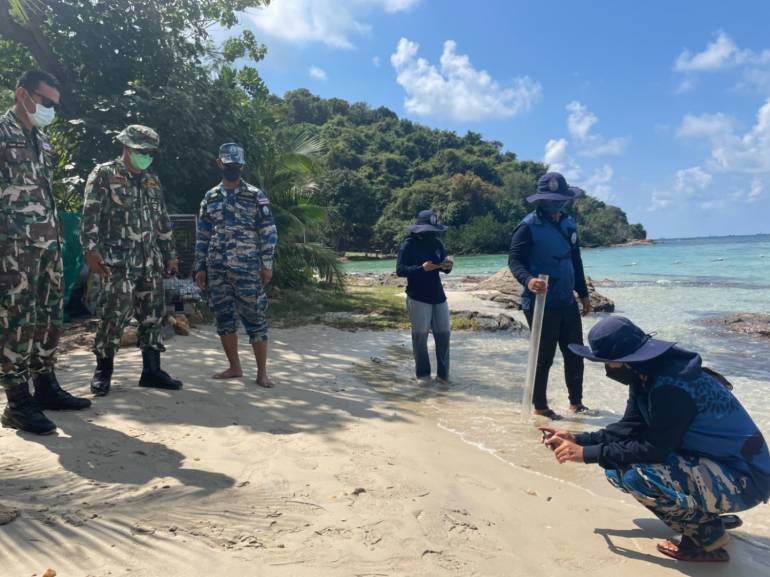 Patches of small droplets of oil, dissolved by bio dispersant,have been washed ashore on the beaches of Ao Prao bay on Samet Island today, raising concerns that they may threaten corals and other marine species in the area.

Pollution Control Department chief Attapol Charoenchansa told Thai PBS today (Monday) that he could not estimate the amount of small oil droplets that were blown into the bay area by wind and currents, but he has instructed relevant agencies to prevent incursion of more oil droplets using booms, extending across the 500 metres of the bay.

He said the droplets are dissolved oil and not oil film or enamel, but the corals and other marine species in the bay area and its surroundings remain vulnerable.

Sophon Thongdee, director-general of Marine and Coastal Resources Department, said today that officials found small patches of oil droplets in the sea near the Ao Prao beach and conducted tests of the quality of the sea water, which showed it is still within the standard.

Tests of hydrocarbons in the sea and sediments are still pending, he added.

Thon Thamrongnawasawat, vice dean of the Fisheries Faculty at Kasetsart University and a marine specialist, expressed concern that the dissolved oil patches may come into contact with the corals in shallow waters at low tide.

He said that he had been following up on corals which have come into contact with oil in the past several years and found out that the affected corals will start bleaching and die within 24 hours of exposure to a large amount of oil.

If exposed to small amount of oil, however, the colour of the corals may fade, but it is difficult to predict whether it will recover and survive, said Thon, adding that corals in Ao Prao area are weak and susceptible to several diseases. 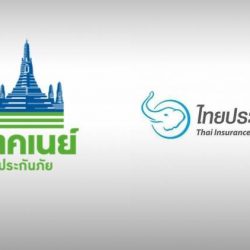 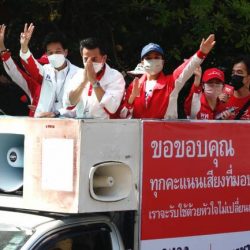