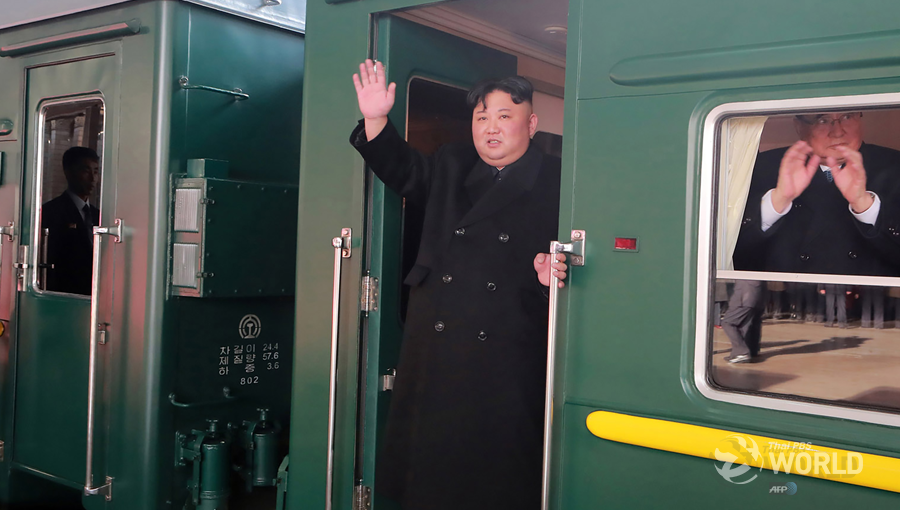 SEOUL/HANOI (Reuters) – North Korea on Sunday confirmed for the first time that its leader, Kim Jong Un, will hold a second summit with U.S. President Donald Trump, days ahead of the high-stakes nuclear meeting in Vietnam’s capital of Hanoi.

Trump and Kim will meet in Hanoi eight months after their historic summit in Singapore, the first between a sitting U.S. president and a North Korean leader, where they pledged to work toward the complete denaturalization of the Korean peninsula.

With little progress since then, the two leaders are expected to focus on what elements of North Korea’s nuclear program it might begin to give up, in exchange for U.S. concessions.

In rare, revealing coverage of Kim’s travel, while it is still going on, Rodong featured photographs of Kim getting a red-carpet honor-guard send-off in Pyongyang and waving from a train carriage door while holding a cigarette.

He was accompanied by top officials also involved in the Singapore summit, including Kim Yong Chol, a former spy chief and Kim’s top envoy in negotiations with the United States, as well as senior party aide Ri Su Yong, Foreign Minister Ri Yong Ho and defense chief No Kwang Chol.

The North Korean leader’s sister, Kim Yo Jong, who acted as a close aide to him in Singapore, is again part of the delegation, KCNA said.

The extensive coverage in the secretive North’s official media was a contrast to the limited reporting that has traditionally prevailed during his foreign trips.

Other senior North Korean officials, such as his de facto chief of staff Kim Chang Son and Kim Hyok Chol, negotiations counterpart to U.S. envoy Stephen Biegun, were already in Hanoi to prepare for the summit.

With scant progress since the June summit, the two leaders are likely to try to build on their personal connection to push things forward in Hanoi, even if only incrementally, analysts said.

Both sides are under pressure to forge more specific agreements than were reached in Singapore, which critics, especially in the United States, said lacked detail.

“They will not make an agreement which breaks up the current flow of diplomacy. (President Trump) has mentioned that they’ll meet again; even if there is a low-level agreement, they will seek to keep things moving,” said Shin Beom-chul, a senior fellow at the Asan Institute for Policy Studies.

The Trump administration has pressed the North to give up its nuclear weapons program, which, combined with its missile capabilities, poses a threat to the United States, before it can expect any concessions.

North Korea wants an easing of punishing U.S.-led sanctions, security guarantees and a formal end of the 1950-1953 Korean War, which ended in a truce, not a treaty.

Few details of summit arrangements have been released.

Some lamp posts on Hanoi’s tree-lined streets are decked with North Korean, U.S. and Vietnamese flags fluttering above a handshake design, and security has been stepped up at locations that might be a summit venue, or where the leaders might stay.

Vietnamese media reported that a North Korean cargo plane arrived on Sunday carrying personnel who appeared to be Kim’s security guards and state media workers. They were driven under police escort to a downtown hotel.

It could take Kim at least 2-1/2 days to travel all the way across China to Vietnam by train. Some carriages of the green train were spotted at Beijing’s station on Sunday.

Beijing has given no details of his trip through China. Its foreign ministry did not immediately respond to a request for comment on whether Kim would meet President Xi Jinping.

Kim could travel on from Beijing to Vietnam by plane. But adding to speculation he will come by train, Vietnam’s state media has said all traffic will be banned on Tuesday on the road Kim would take to Hanoi from a station on the Chinese border.

Travel by train has been a favorite mode of transport for Kim Jong Un, as it was for his father, Kim Jong Il, and grandfather, Kim Il Sung.

When Kim Il Sung visited Hanoi in 1958, he traveled from Pyongyang to Beijing and then southern Guangzhou by train, finally flying to Hanoi in an aircraft provided by China, Chinese media has reported. 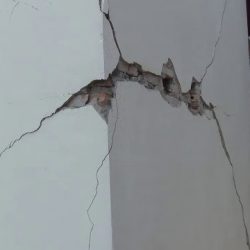