“The funny but very sad thing is that people don’t know that our words really matter, that one word can really kill another person, another soul. We joke a lot in Thailand. A lot of jokes we make are actually about somebody else’s flaws, and not a lot of people are happy about their flaws. Most people, 99% probably 99.9%, are unhappy about their flaws but, for some reason, we have the culture that exposes people’s flaws for fun. That has killed somebody. That’s probably killing somebody right at this moment. So, you don’t know whether your words will hurt people. So, you have to be very careful”

These insights are from the combination of direct experience and the crystallised thoughts of Kalyakorn Naksompop, a former singer, actress and fashion model. It took her 20 years to finally overcome this mental illness. Even though she still has to take two kinds of medications, overall her mental health is getting back on track and is almost 100% recovered. She admitted, however, that it was very difficult and she would not have been able to do it on her own.

“If I was alone, I don’t think I could have survived because, once I was hurt to a certain point, I became suicidal. It was hurt, even being alone because, once you started to think about things that hurt you, it would hurt you more and you couldn’t come out by yourself. If I was alone, without the support from my husband, I don’t think I couldn’t have survived until today. So, it’s very difficult to go through it alone, but a lot of people feel they’re going through it alone, because they don’t have other people around them who understand them”.

-The importance of a support system-

Supposing you are in a tough battle with depression, you need at least one person to be your supporter, someone on whom you can rely. The majority of depressive disorder patients believe that they are unworthy of being cared for or loved. Worst of all, they would think that the world and people around them would be better off without them, which leads to suicidal thoughts. At first, Kalyakorn used to be totally alone in this fight. Finally, she decided to lower her emotional wall and reach out.

At the age of 39, Kalyakorn has experienced some major difficulties in life, including mental, emotional and physical disasters. Six year ago, she established a creative brand and design consultant company. Unfortunately, her thriving business closed after being heavily affected by the COVID-19 pandemic. Then, in 2021, she was vaccinated for COVID and her neurological system had a very bad reaction to the vaccine. She couldn’t walk and that led to deep depression and suicidal thoughts again. “It was probably the lowest point in my life”, Kalyakorn said and, because there are two sides to the coin, she also had time to contemplate the nature of life. So, she understood more about how to let go and realised that there’s not much you can control in your life.

-The art of “thinking small”-

“I actually discovered the art of “thinking small”, and it is literally the real reason why I am very happy now. Yesterday, I made a very bad coffee, today the coffee tastes a little bit better, but it’s better than yesterday. Be happy about it”.

What Kalyakorn discovered somehow contradicts the modern social norm. She mentioned the social pressure, which pushes people to be in a rush to be successful, wealthy and have a good image. 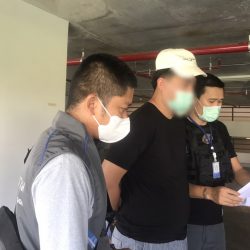 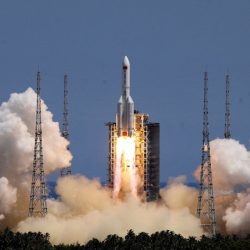