No lifting of Thailand’s face masks in public mandate, some places may be exempted

The mandate requiring the wearing of face masks in public will not be lifted outright when the Centre for COVID-19 Situation Administration (CCSA) meets tomorrow (Friday), but guidance will be provided as to where masks can be removed.

Today, Public Health Minister Anutin Charnvirakul dismissed speculation that the CCSA will lift the face mask mandate, saying that it is a social measure and the Ministry of Public Health does not intend to do away with it yet, but will assess in which public venues the requirement can be relaxed.

Government Spokesman Thanakorn Wangboonkongchana said that Prime Minister Prayut Chan-o-cha, in his capacity as the head of the CCSA, has made clear that, in considering the face mask issue, the CCSA must exercise great caution and listen to the opinions of many experts, with public safety being the primary concern.

Meanwhile, Disease Control Department Director-General Dr. Opart Karnkawinpong said that the Public Health Ministry will propose that all the 77 provinces in Thailand should be designated as a green (Surveillance) COVID-19 zone, instead of three zones as it is now.

Currently, there are 14 Green and 46 Yellow (High Surveillance) provinces and 17 Blue or tourism “sandbox” provinces.

Dr. Opart said that, in the Green zone, there are barely any restrictions on individuals or on venues and people can engage in almost every legal activity.

Regarding the call by nightlife operators for the CCSA to allow them to operate up to 2am, he said that the Public Health Ministry has already stated clearly that it does not have any problem if pubs and bars are to operate until the proposed time. However, the decision will rest with the CCSA if the operating hours can be extended. 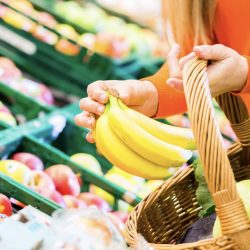 Thailand freezes prices of 46 products for another year