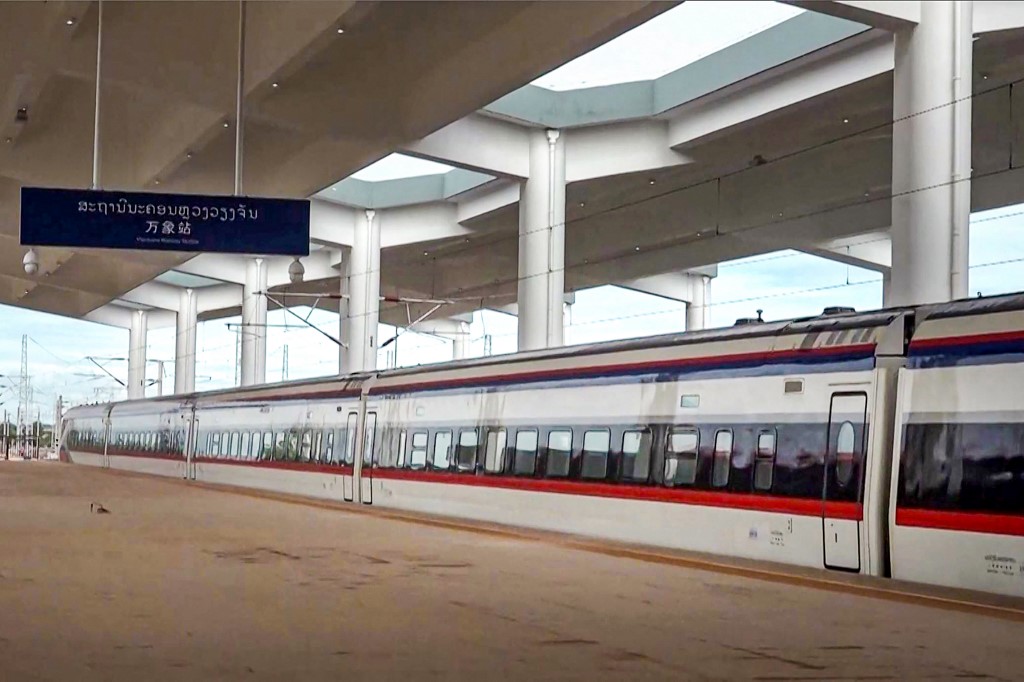 This frame grab from Lao National TV video footage taken on October 16, 2021 via AFPTV shows the Lane Xang bullet train at the Vientiane Railway Station in Vientiane. – A new 6 billion USD Chinese-built railway line opens in Laos on December 3, bringing hopes of an economic boost to the reclusive nation, but experts are questioning the benefits of a project that has seen thousands of farmers evicted from their land. (Photo by various sources / AFP)

The Lao PDR has come a long way, from a land-locked nation to a land-linked hub. Since last December, with a high-speed train linking Southern China to Vientiane up and running, the potential of its future economic development has become unfathomable.

With rail networks connecting to Thailand, Vietnam and Cambodia planned, the Lao PDR will have direct “sea-link” access to key regional port facilities, broadening the country’s trade and investment opportunities.

Overall, the strengthening of the 70-year-old Thai-Lao relations will also promote national and regional resilience and improve the wellbeing of 60 million people living in lower riparian countries in the Mekong sub-region, not to mention the 656 million population of the ASEAN Community.

That was the message conveyed by Laotian Prime Minister Phankham Viphavanh and his delegation during his two-day visit to Thailand last week. Both sides decided to elevate their ties to a “Strategic Partnership for Growth and Sustainable Development”. This is a significant development, as both countries share a long common border, language and culture and enjoy excellent and stable relations. This was Phankham’s first visit since taking over the premiership last October.

At the meeting, Prayut expressed the Thai Government’s support for the establishment of a Thai-Lao PDR friendship centre for social development, to provide a one-stop point of service and support for victims of human trafficking in Xaythany District of Vientiane.

In the past few months, transportation of food and fruit between Thailand, the Lao PDR and China, through the new network, has been facing difficulties due to bureaucratic bottle-necks and COVID-19 related measures. The visit allowed the public and private sectors from both sides to discuss ways to smooth out these hurdles.

The neighbours share an over 1,800km border, over half of which is demarcated by the Mekong River. Therefore, both sides are strengthening their mutual cooperation, to prevent cross-border criminal activities including human trafficking and other scams. To increase tourism, trade and people-to-people exchange, Thailand expressed its readiness to support the plan to construct the Xieng Man-Luang Prabang Bridge. It will be the seventh bridge linking the two countries.

On the sidelines of the bilateral visit, Phankham also presided over the Thai-Lao Business Talk and Networking event, which was attended by 200 local and foreign businessmen and investors. Laotian and Thais representatives from the government and private sectors agreed that the high value add of the high-speed train, linking Southern China to The Lao PDR, will benefit the economic development of the region, especially with regards to Thai manufactured and agricultural products.

They also agreed that the two countries share the same business ecosystem, which can propel business growth and investment potential in all respects, including ICT, industry, agriculture and tourism, through logistics development.

One of the new areas of cooperation concerns the digital economy and clean energy. Thailand pledged to support the Lao PDR in the development of digital skills and capacity building of human resources, as well as in the improvement of the international payment system.

In recent years, under the leadership of President Thongloun Sisoulith, the Lao PDR has embarked on an ambitious plan to advance economic development and engagement with foreign countries, especially in the diversification of investments, from mining and hydroelectric power. The government’s pledge to reduce reliance on natural mineral resources was well received by the international community.

As a close neighbour of the Lao PDR, Thailand should accelerate its cooperation in the area of human resource development, especially in the public health sector, to help the Lao PDR weather the negative impacts of COVID-19, so that the two neighbours can move forward together. 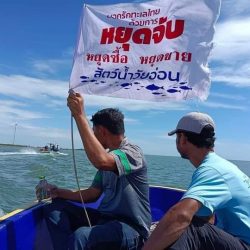 Fishermen to petition against catching of inedible, immature fish