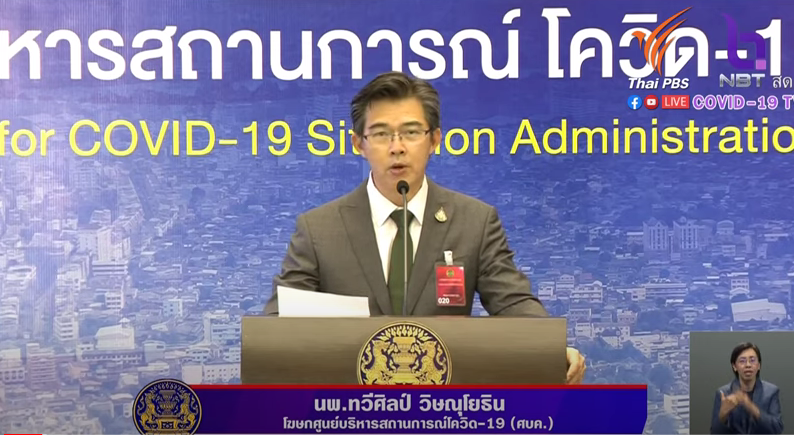 Thailand today reported 9 new COVID-19 infections, which is the lowest daily increase since January 27th, when eight cases were recorded.

The new infections have increased accumulated cases to 2,931. One additional fatality was reported, bringing the death toll to 52. Meanwhile, 2,609 infected people have recovered, leaving 270 still in hospital.

CCSA spokesman Dr. Taweesin Visanuyothin said that the fatality was that of a 64-year housewife suffering from anemia, whose four family members had also contracted the disease.

The woman visited a doctor at a community hospital in Phuket on April 2nd, after she had developed a fever, coughing and fatigue. She returned to the hospital six days later and tested positive for COVID-19. She was immediately admitted for treatment. Her condition worsened and she was transferred to the provincial hospital, where she was found to be suffering from a severe lung infection. She was pronounced dead yesterday.

The woman is the first COVID-19 fatality in Phuket, out of a total of 207 infections. 168 of the infected there have recovered, leaving 38 still in hospital, including three severe cases.

Dr. Taweesin said that the 2,609 recoveries account for 89.01% of all infections in the country, adding that two of the nine new infections recently returned from abroad and are currently in state quarantine.

He noted that today is the first on which Bangkok has not reported a new infection. Cumulatively, however, the capital has recorded the highest number of infections so far, followed by Phuket and Nonthaburi provinces.

The CCSA also decided today to propose the postponement of holidays on Labour Day (May 1st), Coronation Day (May 4th), Visakha Puja Day (May 6th) and Ploughing Day (May 11th). The decision is subject to cabinet approval tomorrow.

Public Health Minister Anutin Charnvirakul today rejected suggestions by some businesses that the Government should ease restrictions on liquor sales by allowing online sale and home delivery, saying that lockdown measures remain necessary until there is a cure for the disease. 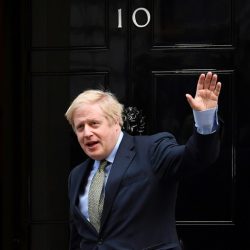 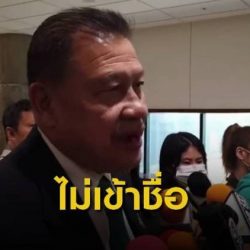