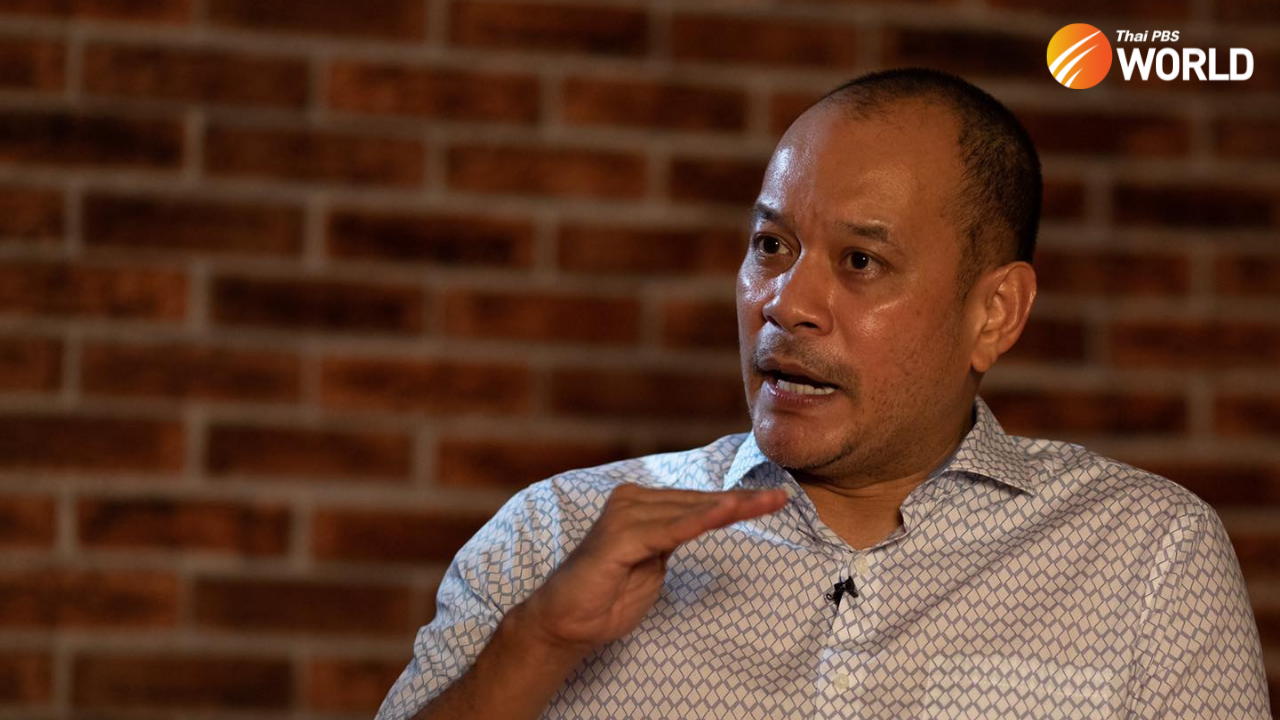 A red-shirt politician loyal to self-exiled former premier Thaksin Shinawatra has suddenly emerged as co-leader of a campaign to oust embattled Prime Minister Prayut Chan-o-cha, in an apparent collaboration between anti-establishment protesters and Thaksin supporters.

In a new form of protest, hundreds of motorists cruised around the city in cars and on motorcycles, honking their horns to express dissatisfaction with Prayut and his government. They demanded that the prime minister step down to take responsibility for what they call his failure to handle the COVID-19 crisis.

The pandemic has left Gen Prayut more vulnerable than at any time during his seven years in power.

Nattawut, 46, said he joined the rally in a “personal capacity” as a Thai citizen and denied the move had anything to do with the red shirts’ United Front for Democracy against Dictatorship (UDD), of which he is secretary-general. But observers point to the shadow of Thaksin looming large behind him.

Once one of the country’s most powerful political groups, the UDD led street protests against the Abhisit Vejjajiva government in 2010 that led to fiery riots and deadly clashes.

Critics said Nattawut’s convoy during the “car mob” rally was reminiscent of the red shirts’ street protests 11 years ago, with many people sporting red clothes, flags, and banners bearing Thaksin’s image with the message, “The prime minister of our hearts”. Nattawut appeared in a red jacket emblazoned with the word “phrai” (peasant), the term used by red-shirt protesters in their fight against the “ammat” (elites) in 2010.

Nattawut has called his next “ousting Prayut” rally on August 15, which he claims will be held nationwide “on an unprecedented scale”.

Observers say Nattawut’s move comes at the “right time”, with Prayut and his government at a low ebb amid growing pressure over their perceived failure to tackle the pandemic.

“The window of opportunity is opening [for anti-Prayut groups]. The government is being questioned about political legitimacy, huge numbers of COVID cases and casualties, as well as the economic downturn due to the outbreak,” said Yuthaporn Issarachai, a political scientist from Sukhothai Thammathirat Open University.

He said Nattawut’s move may be linked to Thaksin’s recent activities online via a Clubhouse chatroom, where the ex-PM and his political allies regularly attack Prayut’s government.

Rebranding himself as “Tony Woodsome” with his sights set on a younger audience, the 72-year-old Thaksin declared last month that he would “definitely come back” to Thailand.

Thaksin is a regular guest of the chat forum organized by CARE, a think tank founded by his inner circle. Meanwhile, his adult offspring have just launched the Thaksin Official website for him to communicate with his supporters.

“CARE group is trying to rebrand Thaksin and he also wants to return to politics, though this won’t happen soon,” Yuthaporn predicted.

The academic also ruled out the possibility that Nattawut’s move would reinvigorate UDD. “The UDD still exists but can no longer expand its base. Times have changed. Its leaders and supporters are now older,” he added.

‘No signs’ of govt collapse now

Several groups – most of them led by younger people — have launched a new wave of protests against the government in the past few weeks. Meanwhile, veteran activists have returned to the streets to lead anti-Prayut rallies, among them UDD chairman Jatuporn Prompan, political activist Sombat Boonngamanong, government critic Adul Kiewboriboon, and more recently Nattawut.

A conflict among red-shirt leaders had sparked attempts to remove Jatuporn as UDD chairman. Their ties took a dive after Jatuporn, now serving time for defamation, became estranged from Thaksin last year after he criticized the Pheu Thai patriarch.

Despite their new alliance, Yuthaporn is not convinced the anti-government groups will force a sudden change of government. He reckons the soonest change could happen would be around the end of this year or early next year.

“Although they have a common goal [overthrowing Prayut], the groups have different ideologies – and it’s not easy to become united,” the analyst said.

He added that the government would only collapse if coalition partners withdrew their support, but there are no signs of that right now.

However, if COVID and economic crises worsen further in the coming months and the PM is damaged in the upcoming no-confidence debate, his coalition partners may reconsider their support, Yuthaporn said.

However, one thing is for sure, he added: “Certainly, the government won’t last until the end of its term [in 2023].”

Nattawut had kept a low profile following his release from jail last December under royal clemency granted to about 30,000 prisoners. In June last year, the Supreme Court sentenced him to two years and eight months in jail for leading a violent protest outside the residence of late Privy Council president Prem Tinsulanonda in 2007. Prem was accused at the time of being behind the 2006 coup.

Born June 4, 1975, in the southern Nakhon Si Thammarat province, Nattawut graduated with a bachelor’s degree in communication studies from Dhurakij Pundit University and a master’s degree from the National Institute of Development Administration.

Nattawut first developed his public-speaking skills during debating contests at school. He gained national fame while appearing in a satirical TV program called “Sapha Joke” (Parliament of Jokes), which made fun of Thai lawmakers.

In 2005, he joined the Thai Rak Thai Party (TRT), which was led by then-prime minister Thaksin. After Thaksin was ousted in the 2006 coup and the TRT was dissolved, Nattawut joined the Thaksin-controlled People Power Party (PPP), which managed to win the December 2007 general election and form two successive governments in 2008 amid political turmoil.

Nattawut was appointed as deputy spokesman for the PPP’s Samak Sundaravej government and then as spokesman for its Somchai Wongsawat administration.

When red shirts took to the streets to oppose the Democrat-led government of Abhisit in 2009 and 2010, Nattawut took the role of protest leader.