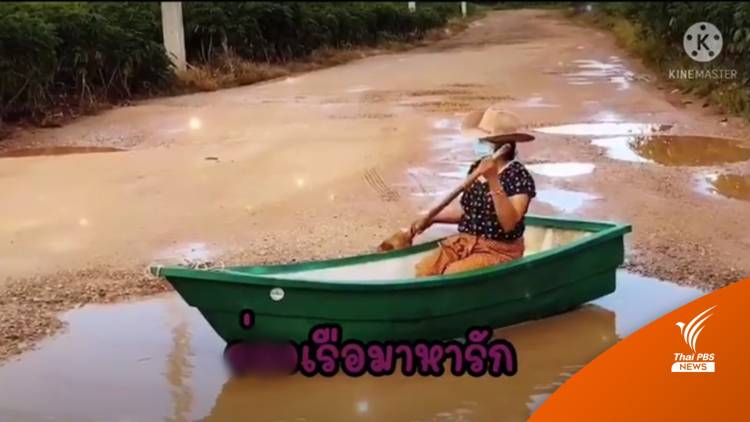 Locals in Nakhon Ratchasima created a viral clip to complain about a large hole in the road, which has been a problem for 10 years or more.

The clip is a satirical video, created by locals of Khlong Bai Pad village in the Wang Nam Khiao district of Nakhon Ratchasima province, in which a villager is seen rowing a boat on the flooded pothole in the road. The 40-second video was posted on the Wang Nam Khiao Tourism Promotion Association’s Facebook page.

The villagers explained that accidents have occurred on this road, which is the entrance to the Khlong Bai Pad village, and children cannot walk to school due to its condition. Therefore, they are demanding that the Provincial Administrative Organisation fix the road, so that it’s easier for them to travel, as nothing has been done for the past 10 years.

This is not the first time that locals have been creative with the video complaints. Previously, another Facebook user created a clip featuring a villager in Khon Kaen province wearing a raincoat and helmet, as if they were an astronaut stepping on the moon, indicating that the road full of craters, like a surface of the moon.

After the clip was uploaded to social media, local authorities went to investigate the road and asked the Provincial Administrative Organisation to fix it for villagers. 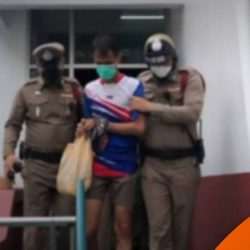