This screengrab of handout video made available on the United Nations’ YouTube channel shows Myanmar’s ambassador to the UN Kyaw Moe Tun making a three-finger salute as he addresses an informal meeting of the United Nations General Assembly on February 26, 2021 in New York. (Photo by – / UNITED NATIONS / AFP)

A plot to assassinate UN Ambassador to Myanmar Kyaw Moe Tun has been foiled with two men already detained. The attempt allegedly also involved an arms dealer in Thailand.

Court documents, filed in a US federal court in New Jersey, say that 28-year-old Phyo Hein Htut and 20-year-old Ye Hein Zaw were arrested on charges of plotting in the US to cause bodily harm by tampering with the tyres of the ambassador’s car to cause an accident, followed by more lethal action if necessary.

The FBI also alleges that Phyo Hein Htut revealed the plans to them. Ye Hein Zaw initially contacted an alleged arms dealer living in Thailand with links to the Myanmar military and US$2,000 was transferred to him as a down payment with US$2,000 more to follow, with a final payment of another $US1,000 when the mission was completed. Ye Hein Zaw later contacted Phyo Hein Htut.

Both Phyo Hein Htut and Ye Hein Zaw face up to 5 years in prison if convicted and, while Htut appeared in court on Friday and is being detained, the date of Zaw’s first court appearance has not yet been set.

While little is certain at this point, multiple news outlets, local and international, confirmed in an interview with the ambassador that the alleged attempt on his life was revealed by one of the would-be perpetrators. The ambassador said that, ever since he came out against Myanmar’s military, by demanding that the UN General Assembly, in late February, take “the strongest possible action”, he has had volunteers from the Myanmar community living in New York advising on security matters.

He says that one of the two men detained, Phyo Hein Htut, had been one of the volunteers helping with his security. Zaw allegedly told other volunteers about the plan who, in turn, informed the ambassador, who then notified the US police about a possible threat to his life.

The UN ambassador for Myanmar said that he does not know anything else about the two detained men or the weapons dealer that allegedly ordered the hit.

Local news outlet Myanmar Now reports, however, that the two men were also supposed to identify sources of funding for the parallel National Unity Government.

Myanmar Now also reported that the arms dealer used to work under the former Minister for the President’s Office, under President Thein Sein’s administration, and both Ye Hein Zaw’s and Phyo Hein Htut’s families have military backgrounds.

It also reports that the alleged arms dealer in Thailand had ordered the hiring of thugs to harass and harm Ambassador Kyaw Moe Tun and, according to Phyo Hein Htut, the arms dealer is allegedly related to an arms manufacturer located in Thailand.

On Saturday, the United States condemned the failed plot to harm Kyaw Moe Tun in New York, saying the threat “fits a disturbing pattern of authoritarian leaders and their supporters reaching across the globe … to persecute and repress journalists, activists and others who dare speak or stand against them,” said the U.S. Ambassador to the United Nations, Linda Thomas-Greenfield. 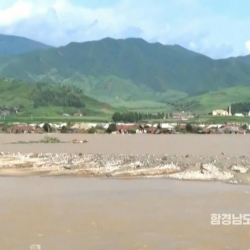 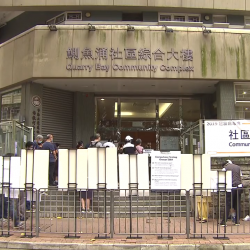 Macao wraps up a three-day COVID-19 testing drive with all 614,000 tested negative