A protester holds the National League for Democracy (NLD) flag during a flash mob demonstration against the military coup in Yangon on June 25, 2021. STR / AFP

The United Nations is likely to retain the credentials of the permanent representative of Myanmar’s National League of Democracy (NLD), as the military regime in Naypyidaw will not challenge it, according to informed sources.

The ASEAN-based sources, who asked not be identified, said that the military regime in Naypyidaw is highly unlikely to take up the “status quo” of credentials, currently held by Ambassador Kyaw Moe Tun, at the upcoming United National General Assembly (UNGA), which will begin on 15th September and last for two weeks.

Currently, he is still the ambassador to the UN and represents the NLD government.

After the coup, he denounced the military regime but retained his country’s seat at the UN. The military regime said it is a transitional government, which is preparing the country for the restoration of democracy within two years, under the current constitution written in2008.

Last month, Naypyidaw declared that the State Administrative Council has been replaced by an interim government, with Senior Gen Min Aung Hlaing as prime minister. So far, no government has recognized the transitional government, although they agreed to meet and hold consultations to find a durable solution to Myanmar’s political quagmire.

At the UNGA each year, member UN nations have to submit the name of the individual who will serve as the permanent representative of his or her country. The 9-member Credential Committee then examines their eligibility and, if approved, grants the credentials.

At the moment, the National Unity Government (NUG) wants to represent Myanmar at the UN, while Naypyidaw has yet to reveal its intentions. According to several informed sources among ASEAN members, however, the military regime will not challenge the NLD representative at the UN. “That way, the regime will not stir up new controversy,” one of the sources said.

The NUG is a government in exile, formed by a group of law-makers, former members of Parliament, representatives of ethnic groups, as well as activists, right after the coup. In early May this year, the NUG set up the so called people’s defence force, to fight against the military regime. Since then, some of their armed civilians have targeted military units and facilities for their surreptitious activities. According to the Assistance Association for Political Prisoners, as of September 11th, a total of 1,080 people have been killed and 8,048 arrested.

Last Tuesday, the NUG urged the people of Myanmar to stage an uprising and take up arms to fight against the military regime. “It was a public relations strategy to draw global attention,” commented one of the sources. The move has attracted mixed reaction from ASEAN members, as it came right after the ASEAN special envoy, Erywan Yusof, called for a unilateral ceasefire for the next four months.

ASEAN is seriously worried that the NUG’s call for an uprising will cause more suffering, as fighting would hamper deliveries of humanitarian aid. The most serious concern is the likely increase in the number of local displaced persons due to the conflict. “It will impact Myanmar’s neighbouring countries,” another source pointed out.

Since the coup, large numbers of people, fleeing fighting inside Myanmar, have crossed border into India and Thailand. Currently, India is housing at least 20,000 refugees and Thailand has around 500. From May 2020 to June 2021, approximately 54,000 people crossed over to Thailand. Most of them have returned home.

“Any uprising would not allow ASEAN representatives to visit Myanmar due to safety concerns,” said one of the sources. ASEAN has already used the US$8 million, raised during a recent international pledging conference in Bangkok to help Myanmar. Thailand initiated the idea as a way to mobilise funds to assist its neighbour. At the conference, Thailand pledged over US$350,000. In addition, Thailand also provided US$1.65 million to help Myanmar fight the COVID-19 pandemic.

In this connection, ASEAN will hold an informal foreign ministerial meeting, immediately after the UN General Assembly, in early October. The meeting will take a hybrid form, as some of the ASEAN leaders might not be able to attend the UNGA in New York. Thailand’s Foreign Minister Don Pramudwinai will travel to New York to attend the UNGA, the informal ministering meeting and hold bilateral talks with other UN colleagues. 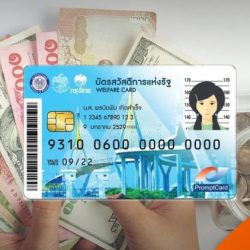