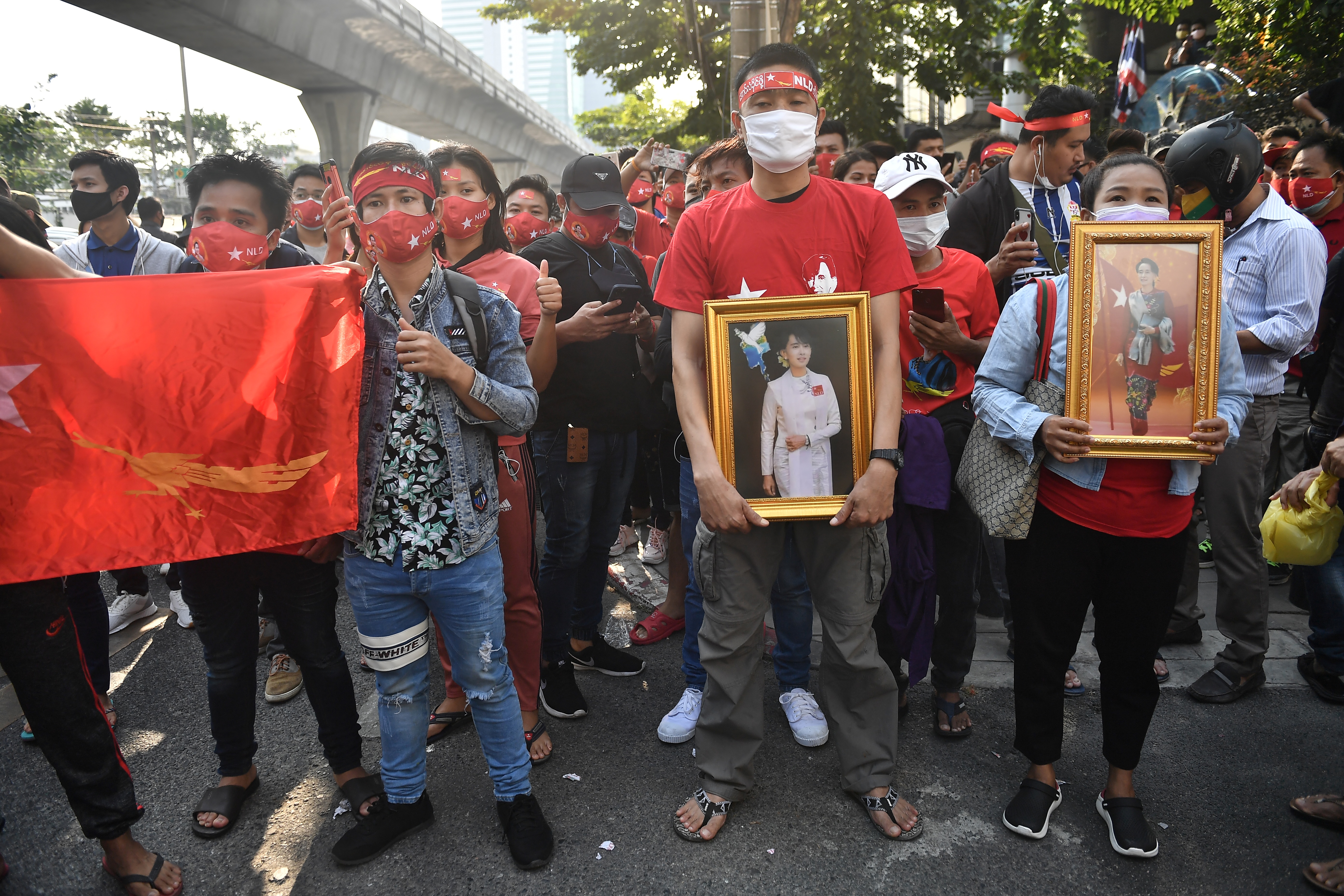 Myanmar migrants hold up portraits of Aung San Suu Kyi and the National League for Democracy (NLD) party flag as they take part in a demonstration outside the Myanmar embassy in Bangkok on February 1, 2021, after Myanmar’s military detained the country’s de facto leader Suu Kyi and the country’s president in a coup. (Photo by Lillian SUWANRUMPHA / AFP)

The National League for Democracy (NLD) of Myanmar on Tuesday called for the immediate release of ousted President U Win Myint, State Counselor Aung San Suu Kyi and others detained by the military on Monday when it staged a pre-dawn coup.

The Irrawaddy news website said the NLD’s central executive committee said in a statement that the military coup d’état was a violation of the Constitution and ignores the sovereignty of the people.

“The commander-in-chief’s takeover of power, hours before the convening of the new Parliament, which was about to be attended by members of Parliament who were elected in the 2020 general election as well as military appointees, is against the Constitution. Furthermore, it ignores the people’s sovereignty,” said the statement.

The military claimed that the power seizure was legitimate under the constitution.

The NLD called on the military to acknowledge the election results and to convene the Parliament.

It said the military’s action was “a huge deterrent” to the country’s democratic transition and efforts to build a democratic federal union, overcome the COVID-19 pandemic, and continue building ethnic unity, peace and development.

The NLD won Myanmar’s Nov-8 general election with a landslide victory over the military’s proxy party, the Union Solidarity and Development Party.

The military seized power on Monday and imposed a one-year state of emergency, claiming there was widespread fraud in the election.

In a message prepared in advance and released after her detention, Suu Kyi urged the public to resist the coup.

She said the military’s action completely disregarded the ongoing COVID-19 pandemic and was an attempt to reimpose dictatorship upon the country.

“I urge people not to accept the coup by the military, and resist it resoundingly,” Suu Kyi said in the statement.

The international community, including the United States and the United Nations, has urged the military to release the detainees.

The Irrawaddy said NLD’s chief ministers of all states and regions remain under house arrest after being allowed to return home on Tuesday.

It said elected MPs are still surrounded by soldiers outside the government guesthouse where they reside in Myanmar’s capital Naypyitaw. 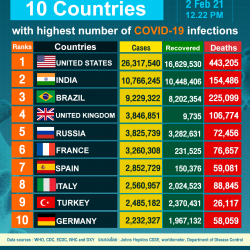 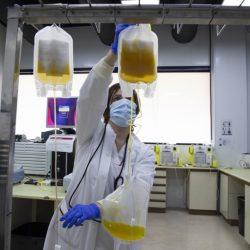