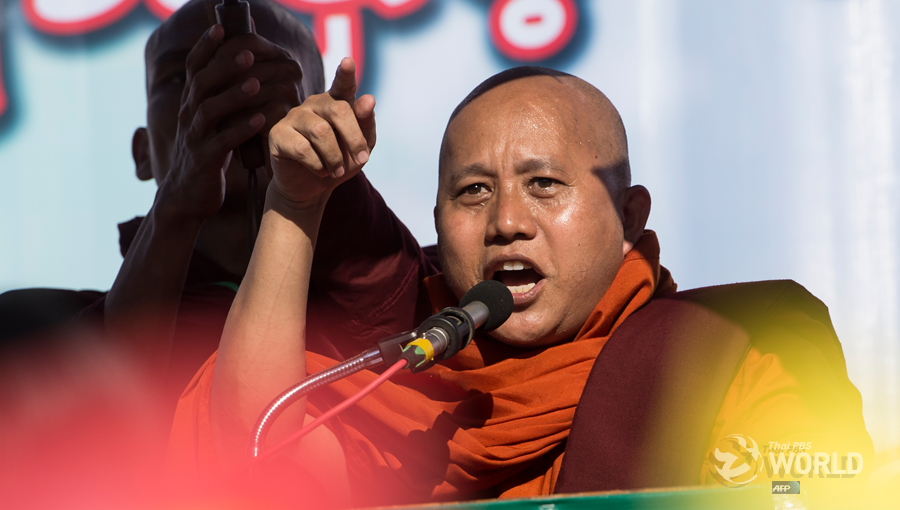 Buddhist monk Wirathu delivers a speech during a rally to show the support to the Myanmar military in Yangon on October 14.

An ultra-nationalist monk – dubbed the ‘Buddhist Bin Laden’ – on Sunday condemned the international community for their calls to bring Myanmar’s generals to justice over the Rohingya crisis.

AFP reported that firebrand monk Wirathu, known as the face of Myanmar’s Buddhist nationalist movement, was speaking at a pro-military rally that attracted hundreds of supporters, his first since being barred from giving public sermons last year.

The ban, which ended in March, was issued by a council of senior monks who said Wirathu had “repeatedly delivered hate speech against religions to cause communal strife.”

The hardline abbot on Sunday reverted to his signature rhetoric at the rally to protest calls for the International Criminal Court (ICC) to investigate Myanmar’s generals for genocide and crimes against humanity against the Rohingya Muslim minority.

“The day when the ICC comes here…is the day that Wirathu holds a gun,” he said in a speech that often referred to himself in the third person. 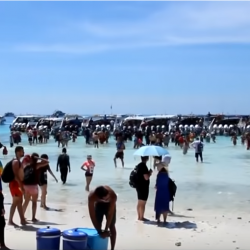