Myanmar’s conflict-scarred Rohingya on edge with return of generals 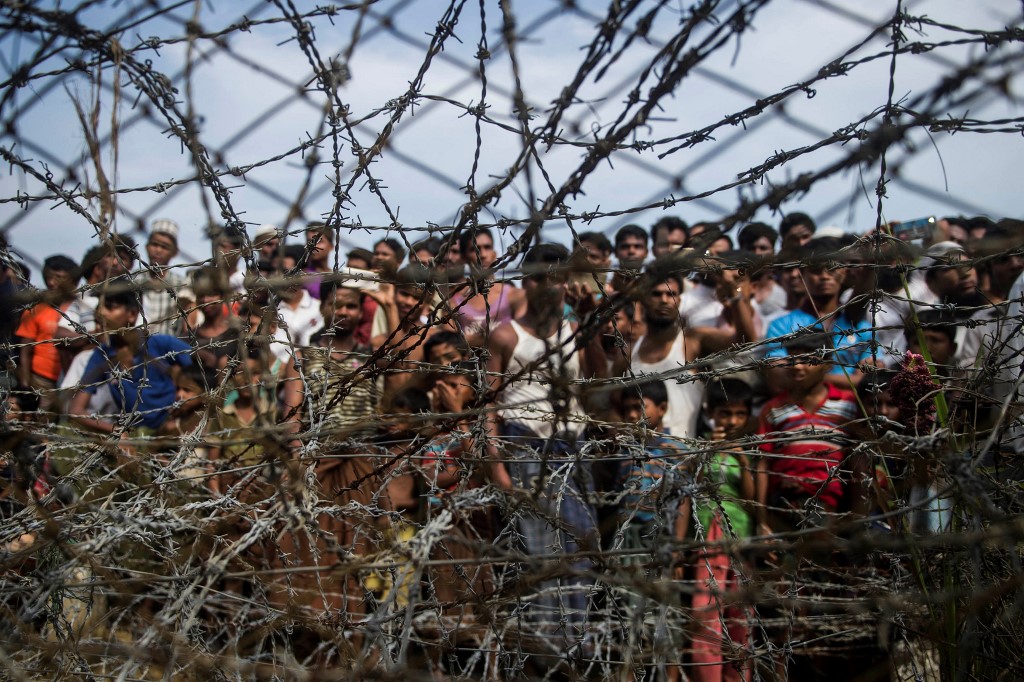 (FILES) This file photo taken on April 25, 2018 shows Rohingya refugees gathered behind a barbed-wire fence at a temporary settlement setup in a “no man’s land” border zone between Myanmar and Bangladesh, near Maungdaw district in Myanmar’s Rakhine state. – Myanmar’s stateless, conflict-scarred Rohingya community are on edge with the return of military rule, fearing further violence in a restive part of the country where others have shown support for the new regime. (Photo by Ye Aung THU / AFP)

Myanmar’s stateless, conflict-scarred Rohingya community are on edge with the return of military rule, fearing further violence in a restive part of the country where others have shown support for the new regime.

Much of the long-persecuted Muslim minority have spent years in cramped displacement camps, with no freedom of movement or access to healthcare, living in what rights groups call “apartheid” conditions.

They are still reeling from a 2017 military crackdown that razed entire villages and sent around 750,000 Rohingya fleeing across the border into Bangladesh carrying accounts of rape and extrajudicial killings.

“Under a democratic government, we had a little hope we could go back to our old home,” said a 27-year-old, who asked not to be named, from a camp near the city of Sittwe.

“But now it is certain we will not be able to return.”

Myanmar and its generals are on trial in a UN court for charges of genocide from the 2017 violence in northern Rakhine state, where the majority of the country’s Rohingya population lived before their exodus.

“There is a real risk that (this regime) can lead to new violence in Rakhine,” said Tun Khin, president of the Burma Rohingya Organisation UK lobby group.

Shortly after seizing power, the junta promised to abide by plans to repatriate the refugees from Bangladesh — a scheme that has been in limbo for years.

But “no one believes a word they say,” Tun Khin said.

Aung San Suu Kyi, the civilian leader ousted and detained by the generals last week, had travelled to The Hague to defend them from genocide charges while in office.

But across the border in Bangladesh, Rohingya refugees have sent messages of support to anti-coup protesters calling for her return.

Some have posted photos of themselves on social media while flashing the three-finger salute that has come to signify opposition to army rule.

February 9, 2021 As expatriates from Myanmar around the world react to the military’s lightning takeover of their homeland, one restaurant in neighboring Thailand is working a diner at a time to help support members of Bangkok’s Myanmar community who want to take action against Monday’s coup.

‘This time will be different’

Rakhine state, home to both the Rohingya and a largely Buddhist ethnic Rakhine majority, has been a tinderbox of conflict for decades.

In recent years the military has battled the Arakan Army, which is fighting for more autonomy for the state’s ethnic Rakhine population.

But days after its coup, the junta ended a 19-month internet shutdown and reaffirmed a commitment to a ceasefire with the militant group.

The regime also announced a member of a local Rakhine nationalist party would be joining its cabinet.

It released from prison former party leader Aye Maung — jailed by Suu Kyi’s government in 2019 over a speech the powerful orator gave in Rakhine state a day before deadly riots — as part of a mass amnesty.

Some in the state believe joining with the military regime will allow them better opportunities to pursue greater autonomy from the rest of the country.

“This time a military administration will be different,” said Minbya resident Myo Kyaw Aung, adding that the strength of the Arakan National Party (ANP) and the Arakan Army gave the ethnic Rakhine community greater leverage at the negotiating table.

But others share the apprehension of the Rohingya at the thought of a return to army rule, even if the country’s decade-long democratic experiment and life under Suu Kyi’s leadership saw little improvement to local conditions.

Myanmar’s military seized power on February 1st, detaining civilian chiefs including the country’s de-facto leader, Aung San Suu Kyi. The military declared a year-long state of emergency, plunging Myanmar back into dictatorship after its brief experiment with democracy. Before the coup, Myanmar’s economy had been hit hard by COVID-19 and slower-than-expected reform.

Tun Maung, who lives in the temple-strewn heart of what was centuries earlier a kingdom ruled by Rakhine monarchs, still remembers hiding in a well to escape gunfire during Myanmar’s last junta.

“I’ve lived through both the military dictatorship and the civilian government… I know the difference,” said the 60-year-old, who asked to use a pseudonym.

“We cannot accept our life to be under military rule again.”

He recounted how people in his village were forced by soldiers to labour for free, paving roads and building army barracks.

Ethnic Rakhine families who refused faced intimidation — and were sometimes even fined. 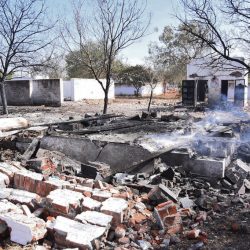