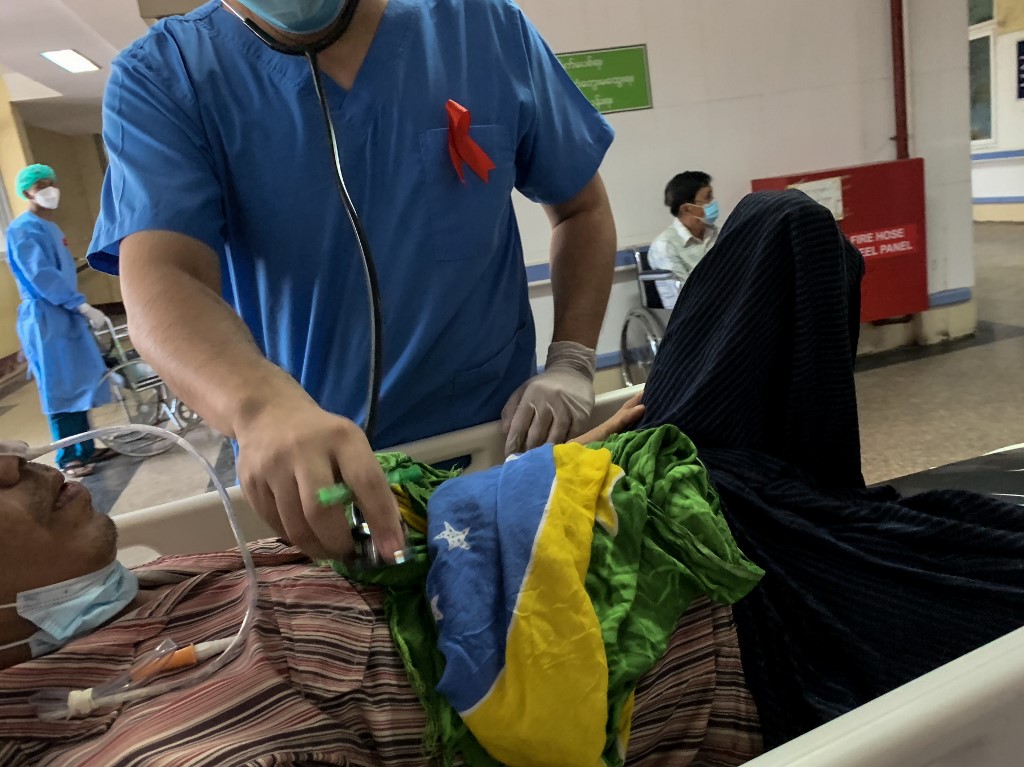 A medical staff wearing a red ribbon on his uniform attends to a patient at a hospital in Yangon on February 3, 2021 as calls for a civil disobedience gather pace following a military coup detaining civilian leader Aung San Suu Kyi. (Photo by STR / various sources / AFP)

Calls for a civil disobedience campaign in Myanmar gathered pace  Wednesday as the United States formally declared the military’s takeover a coup and vowed further penalties for the generals behind the putsch.

Myanmar plunged back into direct military rule on Monday when soldiers detained Aung San Suu Kyi and other civilian leaders in a series of dawn raids, ending the country’s brief experiment with democracy.

Suu Kyi, who has not been seen in public since, won a huge landslide with her National League for Democracy (NLD) last November but the military — whose favoured parties received a drubbing — declared the polls fraudulent.

With soldiers and armoured cars back on the streets of major cities, the takeover has not been met by any large street protests.

But signs of public anger and plans to resist have begun to flicker.

Doctors and medical staff at multiple hospitals across the country announced on Wednesday that they were donning red ribbons and walking away from all non-emergency work to protest the coup.

“Our main goal is to accept only the government we elected,” Aung San Min, head of 100—bed hospital in Gangaw district told AFP.

Activists were announcing their campaigns on a Facebook group called “Civil Disobedience Movement” which by Wednesday afternoon had more 150,000 followers within 24 hours of its launch.

The clatter of pots and pans — and the honking of car horns — also rang out across Yangon on Tuesday evening after calls for protest went out on social media.

Army chief Min Aung Hlaing appointed himself head of a new cabinet stacked with former and current generals, justifying his coup on Tuesday as the “inevitable” result of civilian leaders failure to heed the army’s fraud warnings.

The military declared a one-year state of emergency and said it would hold new elections once their allegations of voter irregularities were addressed and investigated.

The move stunned Myanmar, a country left impoverished by decades of junta misrule before it began taking steps towards a more democratic and civilian-led government ten years ago.

But protesting is fraught with risk.

During junta rule, dissent was quashed with thousands of activists — including Suu Kyi — detained for years on end.

Censorship was pervasive and the military frequently deployed lethal force during periods of political turmoil, most notably during huge protests in 1988 and 2007.

The new government has already issued a warning telling people not to say or post anything that might “encourage riots or an unstable situation”.

The army’s actions have been met with a growing chorus of international condemnation although the options are limited for those nations hoping Myanmar’s generals might reverse course.

On Tuesday the State Department formally designated the takeover as a coup, meaning the US cannot assist the Myanmar government.

Any impact will be mainly symbolic, as almost all assistance goes to non-government entities and Myanmar’s military was already under US sanctions over its brutal campaign against the Rohingya minority.

UN Secretary-General Antonio Guterres, the European Union and several other nations have also spoken out.

The International Monetary Fund on Wednesday said it was “deeply concerned about the impact of events on the economy and on the people of Myanmar.”

The UN Security Council held an emergency meeting Tuesday but failed to agree on a statement condemning the coup.

To be adopted, it requires the support of China, which wields veto power as a permanent Security Council member and is Myanmar’s main supporter at the UN.

“China and Russia have asked for more time”, said a diplomat requesting anonymity at the end of the meeting, which lasted just over two hours.

Both countries repeatedly shielded Myanmar from censure at the UN over the military’s crackdown on the Rohingya, a campaign that UN investigators said amounted to genocide.

The coup is the first major foreign policy test for US President Joe Biden, who has vowed to stand up for wobbly democracies and defend human rights.

In a forceful statement on Monday he said the US would consider imposing fresh sanctions on Myanmar.

But Washington is also wary of pushing Myanmar further into China’s orbit.

“China is only too happy to step in with material and political support for the Burmese military as part of its ongoing effort to maximize its influence in Southeast Asia,” said Daniel Russel, from the Asia Society Policy Institute. 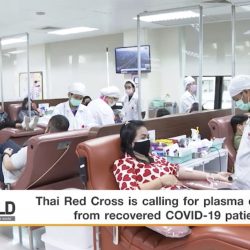