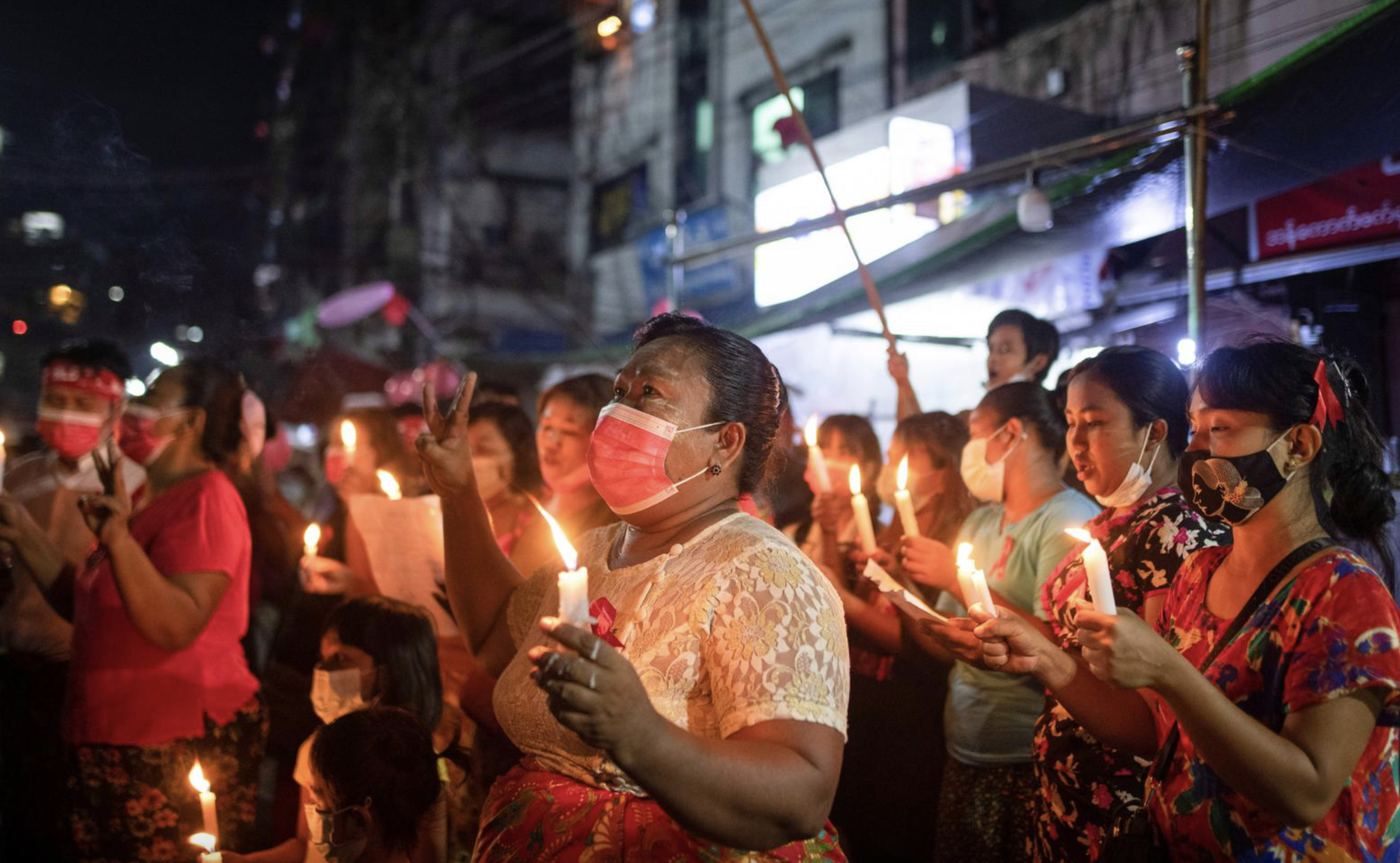 (Reuters) – Myanmar’s junta shut down the internet in the country on Saturday as thousands of people took to the streets of Yangon to denounce this week’s coup and demand the release of elected leader Aung San Suu Kyi.

Many in the crowd wore red, the colour of Suu Kyi’s National League for Democracy (NLD) which won Nov. 8 elections in a landslide, a result the generals have refused to recognise claiming fraud.

As the protest swelled and activists issued calls on social media for people to join the march, the country’s internet crashed.

Many had sidestepped the ban on sites such as Facebook by using virtual private networks to conceal their locations, but the more general disruption to mobile data services would severely limit access to independent news and information.

“Internet already down but we will not stop raising our voice,” wrote a Twitter user with the handle Maw Htun Aung. “Let’s fight peacefully for democracy and freedom. Let’s fight until the last minute for our future.”

“By complying with their directives, your companies are essentially legitimising the military’s authority, despite international condemnation of this very body,” a coalition of groups said in a statement.

Telenor said before the internet shutdown it was legally obliged to follow the order to block some social media, but “highlighted the directive’s contradiction with international human rights law.”

Amnesty International’s deputy regional director for Campaigns, Ming Yu Hah, said shutting down the internet amid a coup and the COVID-19 pandemic was a “heinous and reckless decision”.

Army chief Min Aung Hlaing seized power alleging fraud although the electoral commission says it has found no evidence of widespread irregularities in the November vote.

The junta announced a one-year state of emergency and has promised to hand over power after new elections, without giving a timeframe.

The takeover drew international condemnation, with a United Nations Security Council call for the release of all detainees and targeted sanctions under consideration by Washington.

Suu Kyi, 75, has not been seen in public since the coup. She spent some 15 years under house arrest during a struggle against previous juntas before the troubled democratic transition began in 2011.

The lawyer for Suu Kyi and ousted President Win Myint said they were being held in their homes and that he was unable to meet them because they were still being questioned. Suu Kyi faces charges of importing six walkie-talkies illegally while Win Myint is accused of flouting coronavirus restrictions.

Sean Turnell, an Australian economic adviser to Suu Kyi, said in message to Reuters on Saturday he was being detained.

Saturday’s protest is the first sign of street unrest in a country with a history of bloody military crackdowns on protesters. There were also anti-coup protests in Melbourne, Australia, and the Taiwanese capital Taipei on Saturday.

A civil disobedience movement has been building in Myanmar all week, with doctors and teachers among those refusing to work, and every night people bang pots and pans in a show of anger.

In addition to about 150 arrests in the wake of the coup reported by human rights groups, local media said around 30 people have been detained over the noise protests.

The United States is considering targeted sanctions on individuals and on entities controlled by Myanmar’s military.

China, which has close links to Myanmar’s military, joined the consensus on the Security Council statement but has not condemned the army takeover and has said countries should act in the interests of the stability of its neighbour Myanmar.

U.N. Myanmar envoy Christine Schraner Burgener condemned the coup in a call with Myanmar’s deputy military chief Soe Win, and called for the immediate release of all those detained, a U.N. spokesman said.

The generals have few overseas interests that would be vulnerable to international sanctions, but the military’s extensive business investments could suffer if foreign partners leave – as Japanese drinks company Kirin Holdings said it would on Friday.

U.S. based pressure group Human Rights Watch called for the lifting of the internet restrictions, the release of detainees and an end to threats against journalists.

“A news and information blackout by the coup leaders can’t hide their politically motivated arrests and other abuses,” said Asia director Brad Adams. 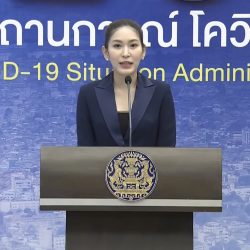 490 new COVID-19 cases recorded in Thailand on Saturday, including 450 in Samut Sakhon 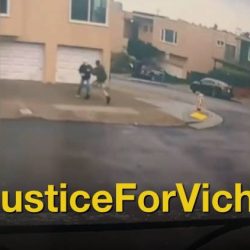