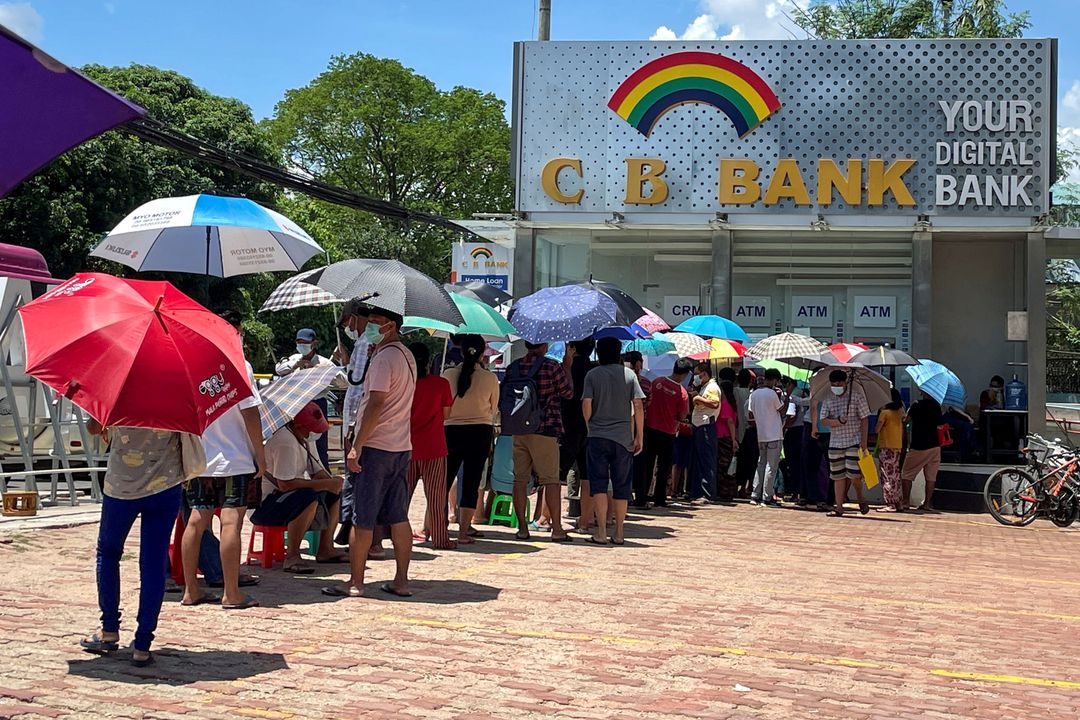 People line up outside a bank to withdraw cash, in Yangon, Myanmar May 13, 2021. REUTERS/Stringer

Sept 29 (Reuters) – Myanmar‘s currency has lost more than 60% of its value since the beginning of September, driving up food and fuel prices in an economy that has tanked since a military coup eight months ago.

Many gold shops and money exchanges closed on Wednesday due to the turmoil, while the kyat’s dive trended on social media with comments ranging from stark warnings to efforts to find some humour as yet another crisis hits the strife-torn nation.

“This will rattle the generals as they are quite obsessed with the kyat rate as a broader barometer of the economy, and therefore a reflection on them,” Richard Horsey, a Myanmar expert at the International Crisis Group, said.

In August, the Central Bank of Myanmar tried tethering the kyat 0.8% either side of its reference rate against the dollar, but gave up on Sept. 10 as pressure on the exchange rate mounted.

The shortage of dollars has become so bad that some money changers have pulled down their shutters.

“Due to the currency price instability at the moment…all Northern Breeze Exchange Service branches are temporarily closed,” the money changer said on Facebook.

Those still operating were quoting a rate of 2,700 kyat per dollar on Tuesday, compared to 1,695 on Sept. 1 and 1,395 back on Feb. 1 when the military overthrew a democratically elected government led by Nobel Laureate Aung San Suu Kyi.

The World Bank predicted on Monday the economy would slump 18% this year and said Myanmar would see the biggest contraction in employment in the region and the number of poor would rise.

The increasing economic pressures come amid signs of an upsurge in bloodshed, as armed militias have become bolder in clashes with the army after months of protests and strikes by opponents of the junta.

“The worse the political situation is, the worse the currency rate will be,” said a senior executive at a Myanmar bank, who declined to be identified.

Myanmar is also struggling to deal with a second wave of coronavirus infections that started in June with the response by authorities crippled after many health workers joined protests. Reported cases have comes off their highs though the true extent of the outbreak remains unclear.

In the immediate months after the Feb. 1 coup, many people queued up to withdraw savings from banks https://www.reuters.com/business/finance/lines-tokens-money-brokers-myanmars-crumbling-economy-runs-low-cash-2021-05-14 and some bought gold, but a jewellery merchant in Yangon said many desperate people were now trying to sell their gold.

The central bank gave no reason to why it abandoned its managed float strategy earlier this month, but analysts believe its foreign currency reserves must be seriously depleted.

Central bank officials did not answer calls seeking comment, but World Bank data shows it had just $7.67 billion in reserves at the end of 2020.

The bank executive said the central bank’s efforts had limited impact in a currency market shorn of confidence.

The economic crisis has driven up the price of staples, and the UN Office for the Coordination of Humanitarian Affairs said this week that around three million people now require humanitarian assistance in Myanmar, up from one million before the coup. 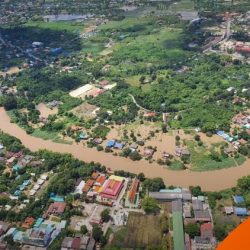 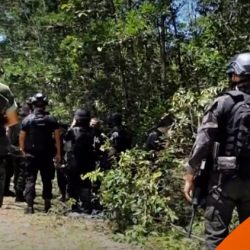