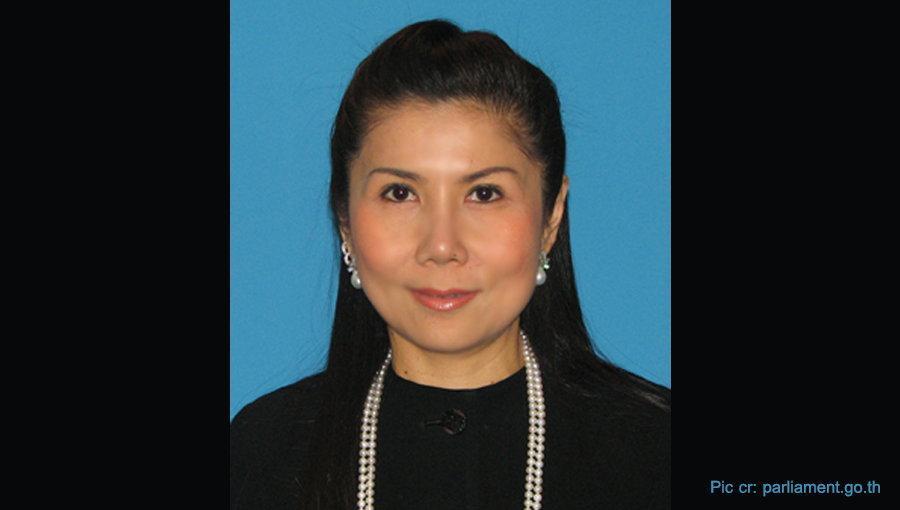 Ms Kanchana Silpa-archa, a former deputy education minister and the only daughter of  the late former prime minister Banharn Silpa-archa, is expected to be voted the new leader of Chart Thai Pattana Party at its general assembly this week , informed sources in the party said Sunday.

The sources said Kanchana’s younger brother, Varawut, has agreed to step aside for her to take the party’s reins.  It had been earlier speculated that Varawut would be made party leader.

“It’s an agreement out of respect for seniority,” one of the sources told ThaiPBS World.  The source said since a number of senior veteran politicians will be joining Chart Thai Pattana, Varawut agreed that he should show respects to these people by having a more senior person lead the party.

“Varawut understands the need for the party to have a synergy between the old guards and the young blood,” the source said.

Varawut, 45, will be appointed a member of the party’s executive committee but is expected to continue to play a crucial role in the party.

Kanchana, 58, is seen as a more senior figure to lead the party into the upcoming general elections.

The sources said former MP and former agriculture minister Praphat Pothasuthon will be made secretary-general at a general assembly of the party this Friday.

Nikorn Chamnong, the party’s director, said today the Sasomsap family which has dominated the political landscape in Nakhon Pathom province for decades has joined the Chart Thai Pattana party and their members would be present at the general assembly.

He said Chart Thai Pattana will be content to be just a mid-sized party with about 30 seats in the Parliament.

“We may crawl slowly like a turtle, but we have been crawling non-stop, using the same speed toward our goal,” said Nikorn.

As a vertern politician who has been with the party for more than three decades, he said the party has undergone internal revamp to open up more space for political comers.

Chart Thai Pattana is a reincarnation of Chat Thai, a political party famous for its political expediency that often put it in the position of a political king-maker.