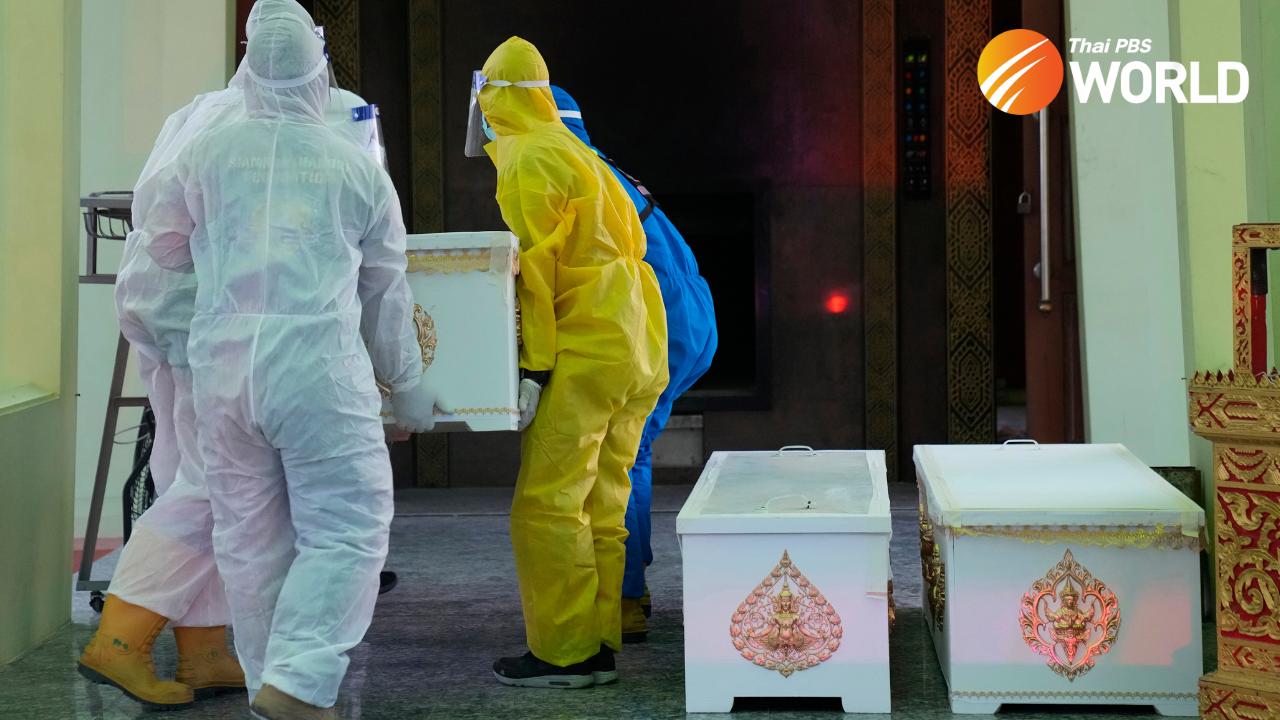 “We don’t know if there will be more (bodies) arriving today. Our crematory isn’t working well because it is overheated (from the continued use). If we place the coffins inside, it will just burn without us pushing any buttons. This is the truth,” said the Executive Committee of Siam Nonthaburi Foundation, Pairuch Sudtoop.

The crematory at Rat Prakong Tham temple in NonthaBuri province is now overheated and the temple is trying to build the backup crematory as quickly as possible. Pairuch said the temple has organized over a hundred funerals, for free, around the clock, since May.

The temple and the foundation run on donated money. They have a project called “the last home,” organizing funerals for poor people for the last six years. The temple provides everything, including the coffin.

The temple uses at least 250 liters of diesel per day. The foundation is spending about 40,000 Baht a day to facilitate its services.

The non-stop cremations mean that the crematory is sometimes inoperable for hours, because of the overheating problem, causing a backlog.

The abbot of Rat Prakong Tham temple, Phrakhru Kitti Wiriyaporn said that because the crematory is not working well, they can cremate only 3 bodies per day, compared to 5 to 6 bodies in May. If they decide to do the 4th, they have to work until 2am. And sometimes, that is the case.

It is a similar situation at Sao Thong Hin temple, in the same province, which has been providing services for COVID-19 victims. The crematory here is also on the verge of being broken down. Some of their days finish at 3 in the morning. The temple is on standby 24-7, to organize funerals. They are working at full capacity and are planning to hand the bodies of the victims over to other places if they cannot handle the situation.

The abbot of Sao Thong Hin temple, Phrakhru Paitoon Thitawithuro, said that whenever a body arrives, they do it for everyone. Last Thursday, a body arrived at the temple at 11pm. The religious ceremony finished at 12pm. The cremation began at midnight and their work was done at 3am.

To provide free services to the COVID-19 victims, these temples and foundations are accepting donations, whether it is cash or other necessities, such as PPE suits or diesel fuel.

Though the National Office of Buddhism allows temples to request funds for COVID-19 related funerals, temples have to write a proposal in advance.

Not every temple accepts the bodies of COVID-19 victims. So, the ones that do, are doing the best they can to cope with the situation. 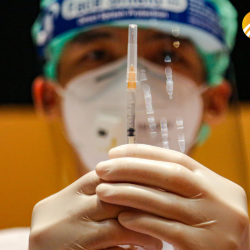 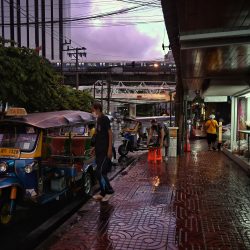