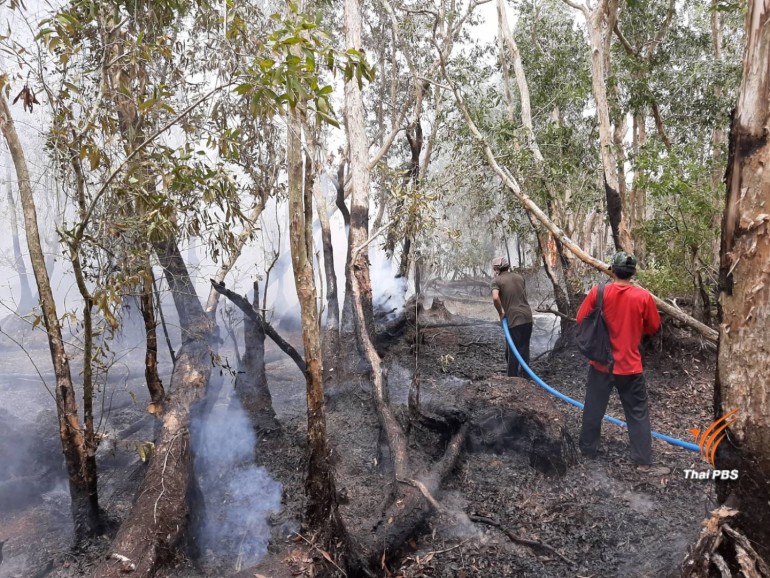 About 200 additional fire-fighters, from the Royal Forest Department and the Department of National Parks, Wildlife and Plant Conservation, have been sent to fight a fire at the Khuan Khreng peat swamp in Thailand’s southern province of Nakhon Si Thammarat.

Royal Forest Department director-general Atthapon Charoenchansa told Thai PBS that, although the surface fire is now under control, officials have to be alert around the clock because the underground fire is still smoldering and difficult to extinguish.

About 800 hectares of the peat swamp have been destroyed by 88 fires in the past seven months.  The forested peat swamp covers more than 9,900 hectares straddling Nakhon Si Thammarat, Patthalung and Songkhla provinces. 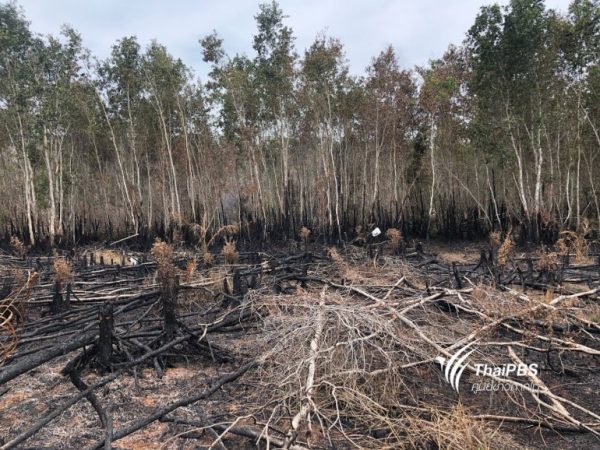 Mr. Atthapon said that most of the fires were man-made to clear the forest for illegal expansion of rubber and oil palm plantations, adding that honey collectors and fishermen were also to blame because they burn grass to catch fish or to collect wild honey.

He disclosed that, during the annual dry season in the southern region from May to July, water in the peat swamp normally recedes drastically, adding that some villagers have blocked water from flowing into the forest, making it more vulnerable to fire.

The Royal Forest Department chief urged those living around the swamp to alert authorities if they witness illegal land clearing in the forest.

Penalties for starting fires in the peat swamp are imprisonment from 1-20 years and/or a fine of 20,000 to 2,000,000 baht, depending on the severity of the damage caused.

Mr. Issaret Jirarat, chief of the Yiew Fai (Fire Hawk) fire-fighting unit, told Thai PBS that Khuan Khreng peat swamp was hit by drought due to the lack of rain over the past 2-3 weeks. Worse still, he said that the forest is surrounded by oil palm plantations and surface water in the forest has been drained out to feed the plantations. 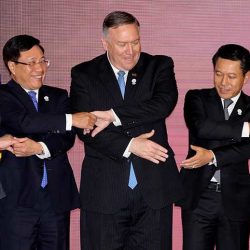 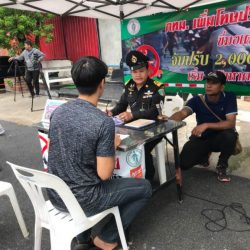