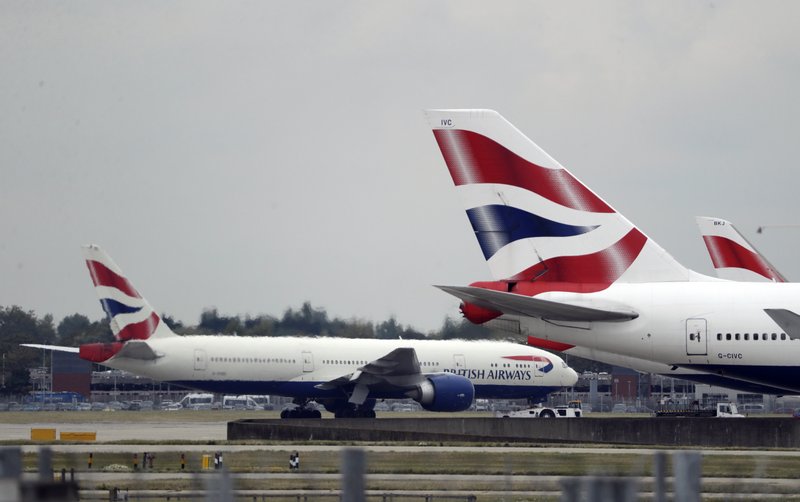 FILE – In this Monday, Sept. 9, 2019 file photo, a British Airways plane, at left, is towed past other planes sitting parked at Heathrow Airport in London. British Airways and Asian budget carriers Lion Air and Seoul Air are suspending all flights to China as fears spread about the outbreak of a new virus that has killed more than 130 people. British Airways said Wednesday, Jan. 29, 2020, it is immediately suspending all flights to and from mainland China after the U.K. government warned against unnecessary travel to the country. (AP Photo/Matt Dunham, File)

BANGKOK (AP) — British Airways halted all flights to China and American Airlines suspended Los Angeles flights to and from Shanghai and Beijing as efforts to contain a new virus intensifies.

The coronavirus has now infected more people in China than were sickened in the country by the SARS outbreak in 2002-2003. The number of confirmed cases jumped to 7,711, surpassing the 5,327 in mainland China from SARS. The virus has killed 170 people.

The British and U.S. carriers on Wednesday joined several Asian carriers that are either suspending or significantly cutting back service there as fears spread about the coronavirus.

Air India and South Korean budget carrier Seoul Air are also halting all flights to the country, and Indonesia’s Lion Air plans to do the same. Other carriers including Finnair, Hong Kong-based Cathay Pacific, and Singapore-based Jetstar Asia are slashing service.

Beyond disrupting travel, the move is heightening concerns about the broader economic impact of the virus outbreak. Hotels, airlines, casinos and cruise operators are among the industries suffering the most immediate repercussions, especially in countries close to China. The crisis has also begun to ripple through U.S. companies with operations in China.

In a conference call Tuesday, Apple CEO Tim Cook said the company’s suppliers in China have been forced to delay reopening factories that closed for the Lunar New Year holiday until Feb. 10.

Isaac Larian, CEO of MGA Entertainment, the maker of the popular LOL dolls, said he’s nervous that many workers won’t come back to factories and they may close.

“I’m very concerned about all consumer goods and retail business in 2020,” Larian said.

Starbucks’ shares tumbled 2.5% Wednesday after the company said it will take a financial hit from store closures in China. The Seattle-based coffee giant said more than half of its 4,292 stores in China are now closed. China represented 10% of Starbucks’ revenue during its most recent quarter.

By contrast, McDonald’s shares were up 2% Wednesday after the company said the financial impact so far has been minimal. McDonald’s President and CEO Chris Kempczinski said the Chicago-based company has closed several hundred restaurants, including all of its properties in Hubei province. But 3,000 remain open elsewhere in the country. China accounts for 4-5% of McDonalds’ revenue, he said.

British Airways said it was immediately suspending all flights to and from mainland China after the U.K. government warned against unnecessary travel to the country amid a virus outbreak.

The airline operates daily flights from London’s Heathrow Airport to Shanghai and Beijing. It took the measure a day after Britain’s Foreign Office updated its travel advice on China, warning against “all but essential travel” to the mainland, not including Hong Kong and Macao.

The U.S. has not put into place travel restrictions, though Department of Health and Human Services Secretary Alex Azar said “it’s important to not take anything off the table,” when he was asked about that potential.

American Airlines said Wednesday it will suspend flights between Los Angeles and both Shanghai and Beijing from Feb. 9 through Mar. 27. The airline cited “the significant decline in demand for travel to and from China.” Flights from Dallas-Fort Worth will continue, the airline said.

China has cut off access to the central city of Wuhan, epicenter of the outbreak, and 16 other cities to prevent people from leaving and spreading the virus further. That has trapped more than 50 million people in the most far-reaching disease control measures ever imposed. The outbreak has infected more than 6,000 on the mainland and abroad.

Online flight notice boards for the Beijing and Shanghai airports showed numerous cancellations for both domestic and foreign airlines on Wednesday:

-Air Seoul, a budget airline, became the first South Korean airline to suspend its fights to mainland Chinese destinations apart from Wuhan, stopping its flights to the cities of Zhangjiajie and Linyi.

-Indonesia’s Lion Air said it has canceled more than 50 flights to China well into February. The flights are from five international airports in Manado, Surabaya, Jakarta, Batam and from Denpasar, in Bali, to 15 airports in China. The suspension will be phased in gradually and continue until further notice.

-Hong Kong airlines are cutting the number of their flights to the mainland by about half through the end of March in response to government virus-control efforts.

-Air India is suspending Delhi-Shanghai flights, which operate six times a week, from Friday until Feb. 14.

-Finland’s Finnair, which has actively promoted its position linking Asian and Western destinations, said it was canceling three weekly flights to Beijing Daxing International Airport through late March, as well as its twice-weekly flights to Nanjing.

-Jetstar Asia will temporarily suspend flights to the Chinese cities of Hefei, Guiyang and Xuzhou starting Thursday through the end of March due to a drop in demand.

-Korean Air, South Korea’s biggest airline, said it is also considering grounding some of its flights to mainland China as passenger demand drops. Korean Air had operated four flights a week to the Chinese city of Wuhan, the epicenter of the outbreak, before suspending them on Jan. 23.

-Taiwan’s Eva Air announced a partial cancellation of flights to and from mainland China for two weeks starting Feb. 2. In addition, the airline also has stopped providing towels, magazines, table clothes, and is limiting use of blankets and pillows on its flights.

-Kazakhstan, which shares a long border with far western China, announced Wednesday that it plans to suspend all flights, train and bus traffic and to halt issuing visas to Chinese nationals. Before the Wednesday’s suspension, there were 24 flights a week from Kazakhstan to China, including a daily flight to Ürümqi, the capital of Xinjiang.

-Japan’s JAL said it had not changed its flight plans, while German carrier Lufthansa said it was monitoring the situation “very closely” and would if necessary make changes in consultation with the authorities. 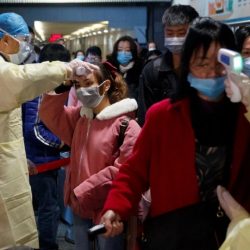 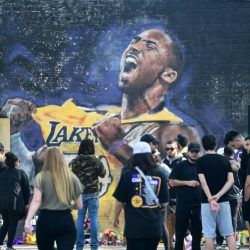