The Nigerian man infected with monkeypox, who fled to Cambodia to avoid medical treatment in Thailand, has been arrested in the Cambodian capital of Phnom Penh.

The arrest at the Doeum Thkov, Chamkarmon Market in Phnom Penh on Saturday night was reported by Khmer Times media and confirmed by Keut Chhe, deputy governor of Phnom Penh.

The man is now in the care of Cambodian health officials, according to the Khmer Times, adding that there is a large Nigerian community in Phnom Penh.

The infected Nigerian arrived in Thailand from Ethiopia at Suvarnabhumi international airport where he was granted a visa, which allowed him to stay in the country until January 18th, but he over-stayed his visa.

On July 16th, he visited Bangkok Phuket Hospital after blisters appeared on his body, but doctors there advised him to isolate at his condominium in Phuket and to come back the following day, but he failed to keep the appointment.

On July 18th, the hospital received lab test results from Chulalongkorn University which confirmed that he is infected with the monkeypox virus. The hospital tried to contact him without success and then alerted the local police.

He left his condominium and checked into a hotel on Patong beach for one night and left the hotel on Wednesday in a car, which collected him from the hotel.

On Thursday, police detected his cell phone signal in Aranyaprathet district of Sa Kaeo province and suspected that he would attempt to sneak into Cambodia through one of the natural border crossings. 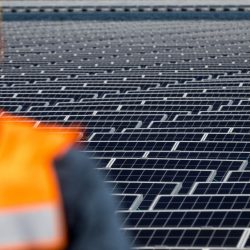