A group of people, including students, in Thailand’s northern province of Chiang Mai staged a protest against the Government and held a mock installation of the Khana Rasadorn’s democracy plaque at the Sam Kasat Monument, as a symbol of the fight for democracy.

Also seen at the event was Ms. Pannika Wanich, a core member of the Progressive Movement.

In Bangkok, a group of students from Bodindecha Secondary School rallied outside their school to protest against the director’s order to close the school today (Friday), reportedly for the safety of the students.

They claimed that the director didn’t want them to stage a political rally on the campus. They said that they planned the rally after classes, which would not have affected other students.

The students also demanded changes to obsolete regulations and other educational reforms.

The school’s director, Mr. Wisit Jathoeng, later explained that he ordered the school closed at the request of several parents, who had expressed concern over the protest by the Free People Movement on Thursday.

He claimed several other schools in the area were also closed for the same reason. 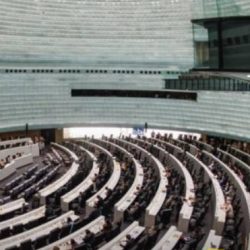 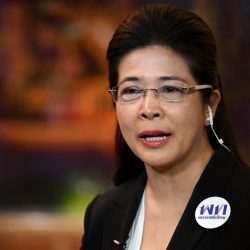