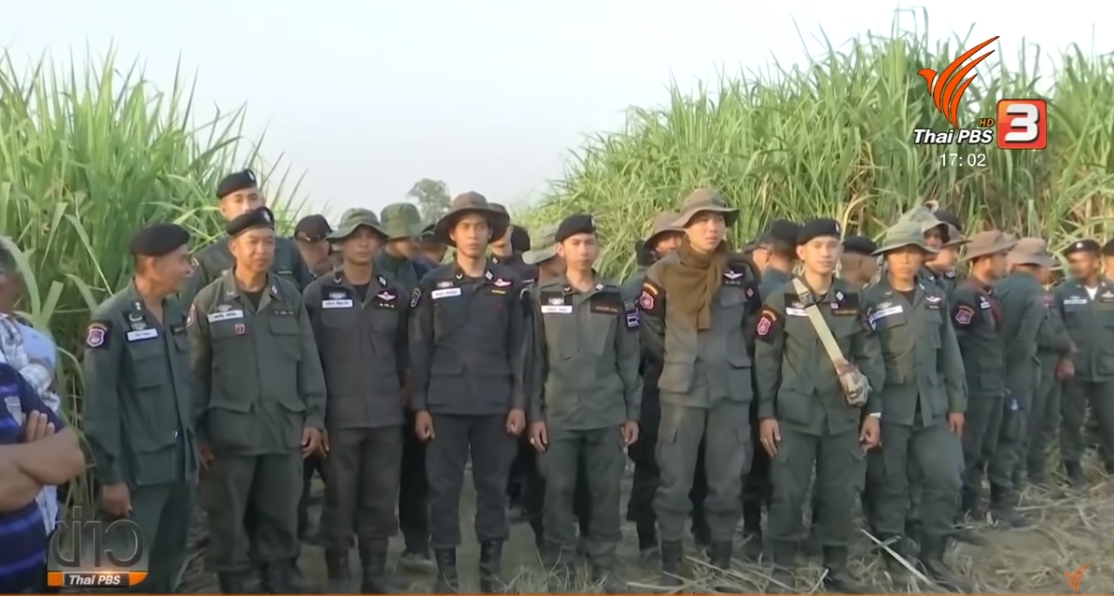 The two-year-old Myanmar boy whose disappearance in a sugar cane plantation in the central province of Suphan Buri on December 17 touched off a massive search was found dead today.

Suphan Buri provincial governor Nimit Wanchaichanawong said at the scene of the search operation in the sugarcane plantation in U-thong distifct at 4.30 pm that the body of little Myanmar boy, Zou Loui Pew, was found near a ditch about five kilometres from where he was last seen.

He said that the body was examined by forensic officials on the spot before it was sent to the district hospital for further examination to determine the cause of his death.

More than 700 border patrol policemen, local policemen and defence volunteers with sniffer dogs mounted a massive search on Tuesday by splitting up in four groups each concentrating on its search zone in the thick sugarcane plantation.  At one point, four elephants were also employed to help with the search.

An informed police source said that today’s search was supposed to be the last after which police would focus on the theory that the missing boy might have been kidnapped.

Police did not rule out the possibility that the boy, the son of Myanmar migrant workers working as sugarcane cutters in the plantation, might have been kidnapped.

The Tuesday’s search took about two hours and one of the four search teams found the boy’s body at a spot about five kilometres where he was last seen playing with his elder sister on December 17.