Thailand’s Central Land Transport Control Board has decided to allow private bus operators, which provide inter-provincial and inter-district services, to increase their fares by 5 satang/km from July 4th, to ease the burden of the rising cost of diesel.

In the meantime, the Board has ordered the state-run Transport Company to freeze their fares for three more months, to ease the burden on passengers.

Deputy Transport Permanent Secretary Sorapong Paitoonphong said that the current fares charged by private and state-run bus operators are based on a diesel price of 27 baht/litre, but the price has now increased to 35 baht/litre, raising the costs for bus operators, many of whom have threatened to cease operations or cut their services substantially.

He insisted that the 5-satang/km fare rise is only enough to cover the operational costs of bus operators.

Meanwhile, President of the Thai Bus Business Association Pichet Jiamburaset said today (Tuesday) that he is aware of the Board’s decision and will immediately inform private bus operators to delay or cancel their plans to cut their services by up to 80% from July 1st.

He said he will urge the operators to maintain operations as normal and arrange bus services appropriate for the number of passengers, especially during July, when there are a series of public holidays.

He also said that he will ask bus operators to keep their bus fleets in working condition, especially vehicles which have been left idle for a long time, due to the shortage of passengers.

GrabBike riders given two more months to operate without registration 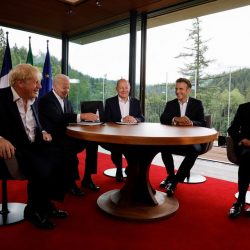