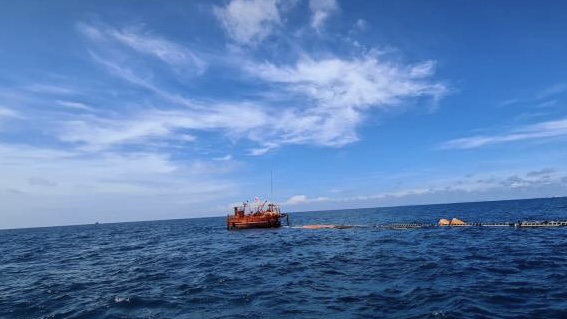 The Marine Department is set to propose, to the Ministry of Transport, the revocation of the operating license of Star Petroleum Refining Plc (SPRC), the oil company responsible for oil leaks early this year, out of concern that, if the company is allowed to carry on with its operations, more damage could be caused to the marine environment in the future.

Marine Department Deputy Director-General Phuripat Theerakulpisut said today (Tuesday) that a committee in the department has been working on a report, to be submitted to Transport Minister Saksayam Chidchob within this week, adding that the final decision on licence revocation rests with the transport minister.

SPRC is being blamed for two oil spills, one on January 25th and another on February 10th this year, in which tens of thousands of litres of crude oil leaked, from close to its offshore mooring platform in the Gulf of Thailand, into the sea off Rayong.

In the first incident, patches of oil were washed ashore on Mae Ram Phueng beach, prompting the provincial administration to close off the beach and to ban fishing in the sea off Rayong, causing extensive damage to local tourism and the fishing industry. More than 7,000 claims for compensation have already been filed against the company.

The Royal Thai Navy yesterday deployed a vessel, equipped with an unmanned submersible, close to the mooring platform, located about 30 nautical miles from the shoreline, with the aim of surveying the submarine environment and to help in the repairs of the ruptured pipeline, being undertaken by SPRC.

Vice Admiral Pichai Lorchusakul, commander of the First Naval Area Command, said that, after the cracks have been properly sealed and tested, divers will remove some parts of the pipeline, to be kept as an evidence by the police.

According to the oil company, about 12,000 litres of crude oil are still in the pipe, which must be removed after the two cracks are sealed. 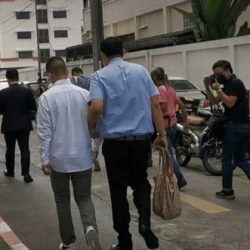 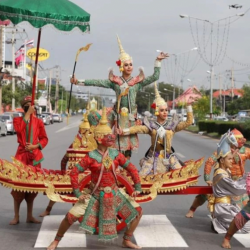