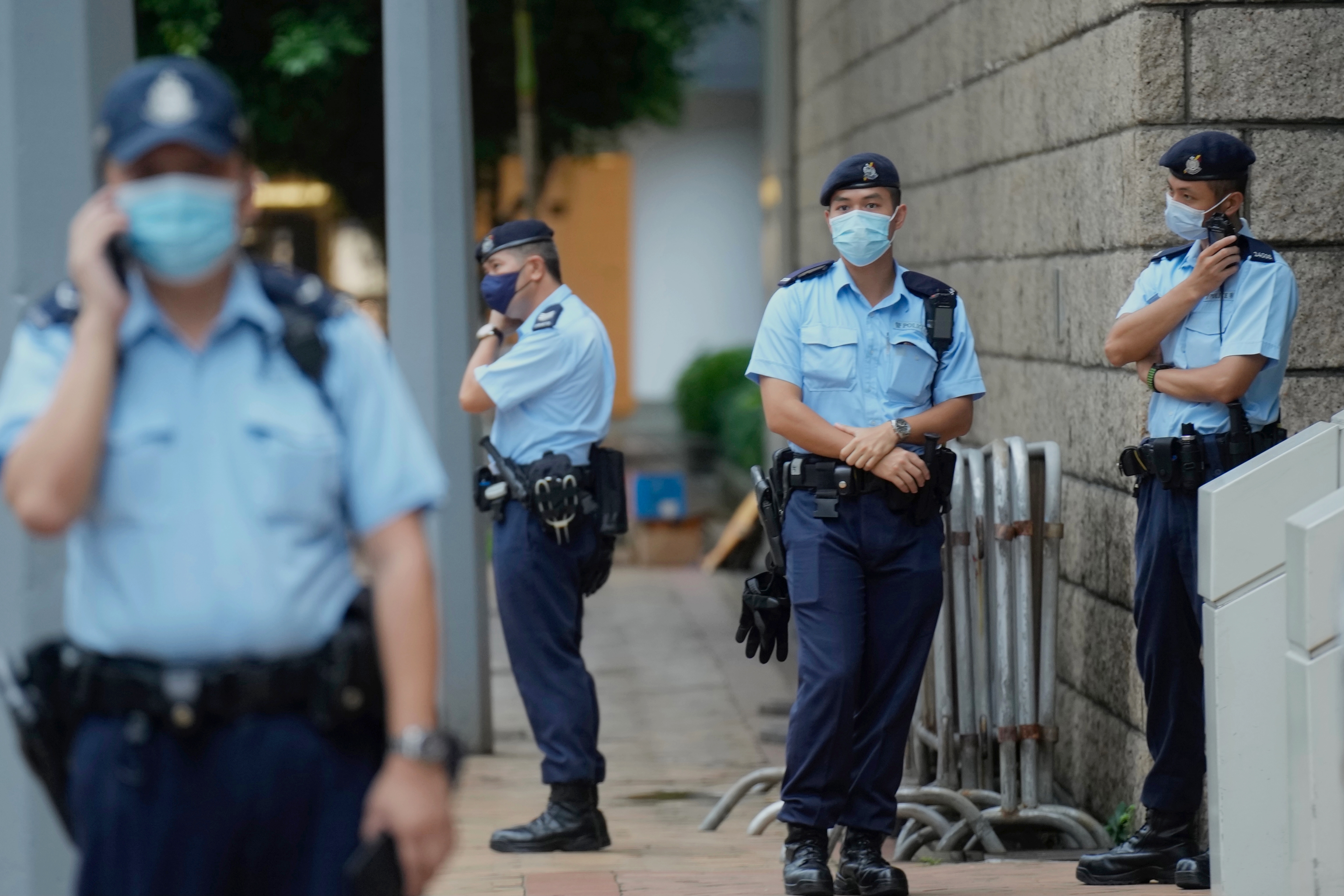 Police officers stand guard as Tong Ying-kit is arriving at a court in Hong Kong Wednesday, June 23, 2021. Tong, accused of inciting secession, is the first person to stand trial under the national security law in Hong Kong since it was implemented nearly a year ago, as Beijing tightens its grip over the semi-autonomous city. (AP Photo/Vincent Yu)

HONG KONG (AP) — A man accused of driving a motorcycle into police officers while carrying a Hong Kong protest flag became on Wednesday the first person to stand trial under the national security law implemented last year as China’s central government tightened control over the city.

Tong Ying-kit was arrested on July 1, 2020, a day after the national security law took effect, for allegedly inciting secession by driving into the crowd of officers while bearing a flag with the slogan “Liberate Hong Kong, the revolution of our times.” Several officers were knocked over and three sustained injuries.

The slogan was often chanted during anti-government demonstrations in 2019 by protesters demanding broader democratic freedoms.

China responded to the protests with a number of measures suppressing dissent, including the national security law, which criminalizes subversion, secession, terrorism and foreign collusion endangering national security. A number of protest leaders and other activists have been charged under the law.

The security law makes calls for Hong Kong independence illegal, and a government notice last July said the “Liberate Hong Kong, the revolution of our times” slogan connotes a call for independence and subversion of state power.

A court ruled last month that Tong will stand trial without a jury, a diversion from Hong Kong’s common law traditions. Under the national security law, a panel of three judges can replace jurors and the city’s leader has the power to designate judges to hear such cases.

The law carries a maximum penalty of life in prison for serious offenders.

Tong is standing trial at the High Court, where sentences are not capped. 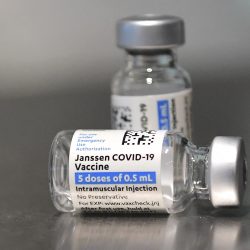 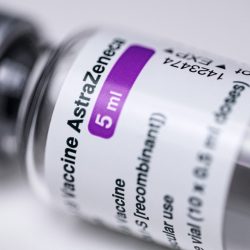