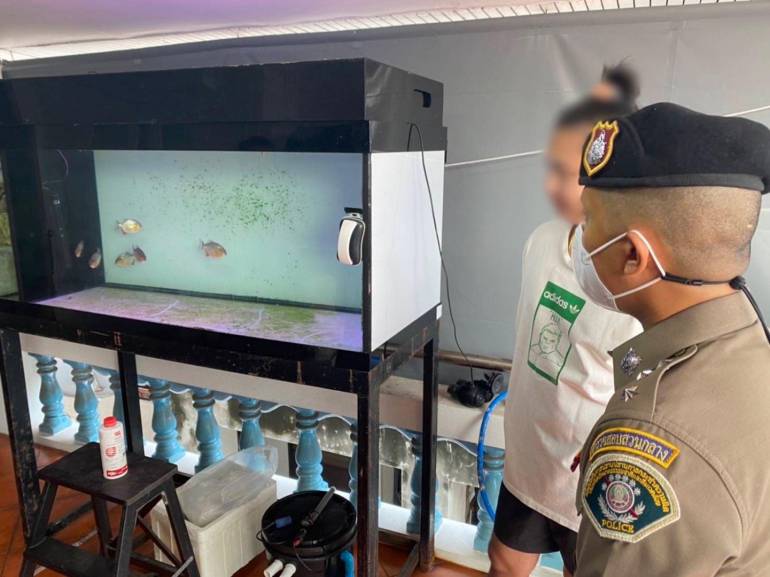 A man was arrested yesterday (Monday) by police from the Natural Resources and Environment Crime Suppression Division after six piranha fish were found in his possession at his home in Sai Mai district of Bangkok.

The 21-year-old, identified only as “Abhisit” by the police, allegedly admitted that he originally bought the fish via Facebook, from a trader, and had been raising and selling the fish online for about a year prior to his arrest.

He also told the police that the fish could fetch prices from a few thousand baht up to about 10,000 baht, depending on their size and colour.

Police charged him with being in possession of forbidden fish, which may pose a danger to humans or other fresh-water species if they were released into natural waterways, which is liable to one-year in prison and/or a maximum fine of one million baht if convicted.