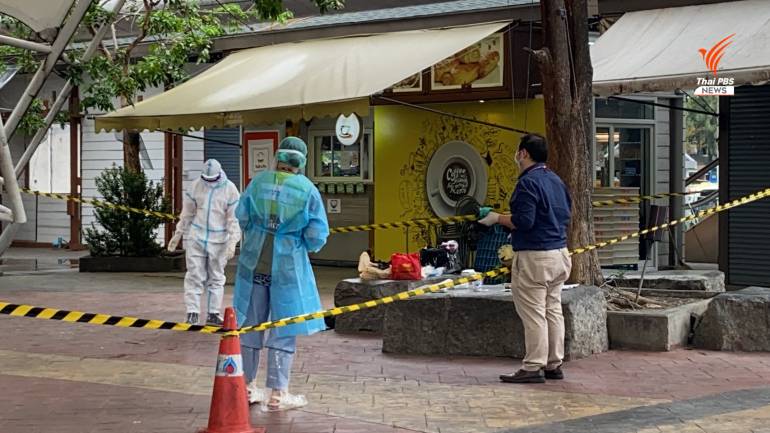 An 80-year man was found dead near the Victory Monument in Bangkok this morning (Saturday) and an initial examination, using an antigen test kit, found him infected with COVID-19.

Sub-Lt Visit Somboon, who is responsible for looking after the Victory Point traffic island on Phya Thai Road, said that he received a call from a trader in the area about a man collapsing after he was seen drinking water at the scene.

He said that several homeless people have been spending the night at Victory Point adding, however, that he had not seen the deceased before. A bag containing some personal effects, including medication for diabetes, was found next to him.

Rescue workers administered an antigen test and found him to be infected with the virus. No wounds or traces of foul play were found on the victim’s body, which was sent to Ramathibodi Hospital for an autopsy.

Last week, at least three men were found dead on Bangkok’s streets, all testing positive for COVID-19.  Their bodies were left on the roads for several hours before being removed, provoking a public outcry against the government for its mismanagement of the contagion and vaccine policy, resulting in numerous unnecessary deaths.

The deaths on streets prompted Prime Minister Prayut Chan-o-cha to call an urgent meeting with relevant agencies to speed up the opening of pre-admission facilities, to accept infected people for care while they are waiting for hospital beds.

2.3 million more doses of AstraZeneca vaccine to be delivered to Thailand next week 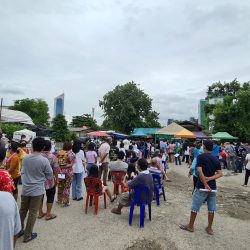