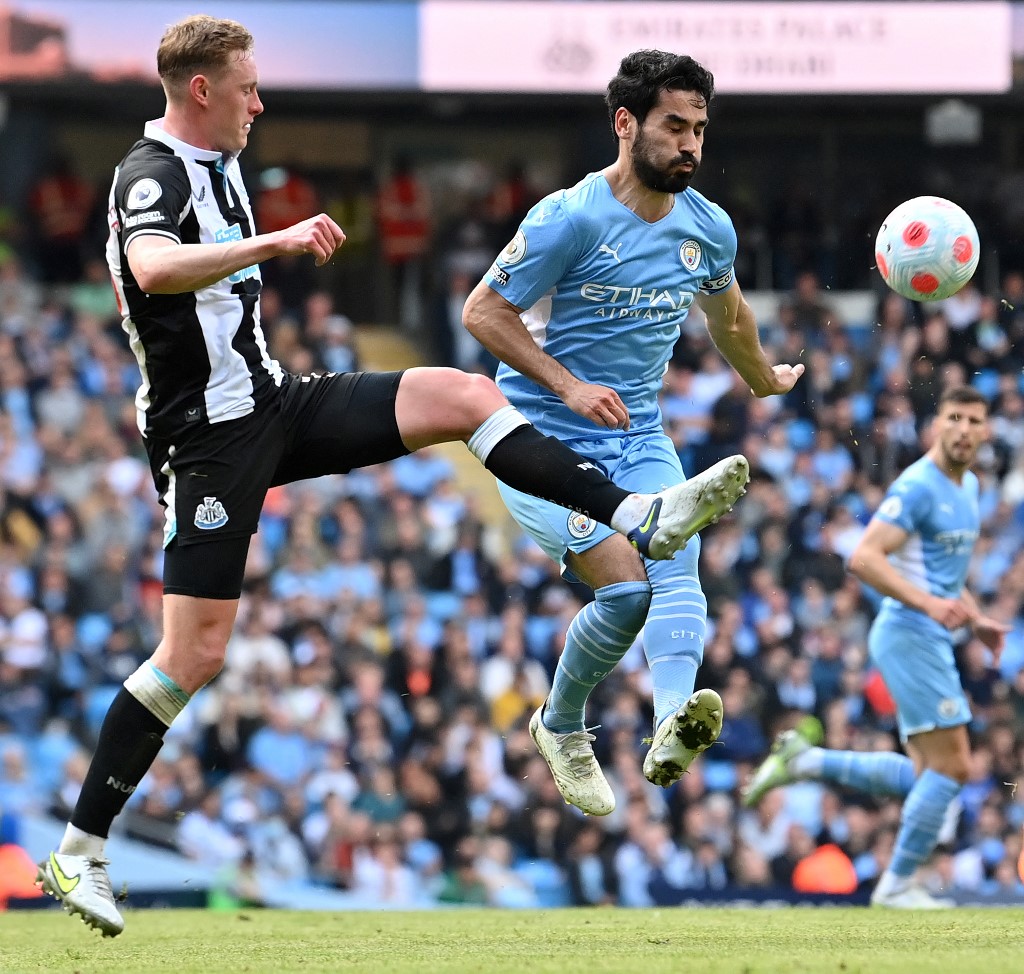 London (AFP) – Manchester City took advantage of Liverpool’s stumble in the Premier League title race as the champions moved a step closer to retaining their crown with a 5-0 demolition of Newcastle on Sunday.

Elsewhere on a dramatic day at both ends of the table, Arsenal beat relegation-threatened Leeds 2-1 to boost their bid for a top-four finish.

Pep Guardiola’s side took control before half-time at the Etihad Stadium thanks to goals from Raheem Sterling and Aymeric Laporte.

Rodri got City’s third after the break before Phil Foden and Sterling struck in stoppage time as they stormed back to the top of the table.

Liverpool had knocked the champions out of pole position despite dropping two points in a 1-1 draw against Tottenham on Saturday.

But City are now three points clear of Liverpool, with three games left for both teams. Guardiola’s men hold a goal difference four better than the Reds.

Quadruple-chasing Liverpool are next in action at Aston Villa on Tuesday, while City head to Wolves 24 hours later.

City’s stroll against Newcastle was the ideal way to recover from their painful Champions League semi-final exit against Real Madrid on Wednesday.

Real had scored twice in the final seconds of normal time before winning in extra-time, leaving Guardiola to lament there were “no words to help” his players get over the loss.

But City can exorcise those demons by winning a fourth English title in five seasons and this was a step in the right direction.

“We are five years doing this every three days. If some people doubted us they don’t know this team. It’s one of the best groups I ever trained in my life,” Guardiola said.

“Perfect afternoon. Three points, nine ponts to play for, four ahead on goal difference. Another final on Wednesday.”

The only concern for City was Guardiola’s post-match revelation that key defenders John Stones, Ruben Dias and Kyle Walker will miss the rest of the season with injuries.

“Ruben, Kyle and John are out until the end of the season,” he said.

In the 19th minute, Joao Cancelo nodded an Ilkay Gundogan cross towards Sterling and he dived to head in from close range.

City doubled their lead after 38 minutes when Newcastle keeper Martin Dubravka was unable to hold onto Gundogan’s volley and Laporte scrambled home.

Rodri scored with a 61st minute header from Kevin De Bruyne’s corner, then Foden diverted Oleksandr Zinchenko’s shot into the net in the 90th minute.

Sterling rounded off the rout in stoppage-time with a cool finish from Jack Grealish’s pass.

Eddie Nketiah, a former Leeds loanee, netted twice in the first 10 minutes at the Emirates Stadium as Mikel Arteta’s side earned their fourth successive win.

Leeds had skipper Luke Ayling sent off and, although Diego Llorente got one back in the 66th minute, it was too little, too late for Jesse Marsch’s strugglers.

Fourth placed Arsenal are four points clear of fifth placed Tottenham, with three games left for both teams in the race to qualify for next season’s Champions League via a top-four finish.

– Everton out of bottom three –

Arsenal will visit Tottenham on Thursday knowing a win in the north London derby would guarantee their first Champions League campaign since 2016-17.

“We are going to go for that match with the same enthusiasm that we always do but knowing that this can be a defining moment,” Arteta said.

Leeds slump into the relegation zone, sitting third bottom due to having a worse goal difference than Burnley.

“Our backs are against the wall. We are in the relegation zone but we have to fight for our lives,” Marsch said.

Everton made the most of Leeds’ stumble to climb out of the bottom three as they won 2-1 at Leicester — their first away success in the league since August.

Patson Daka equalised for Leicester but Mason Holgate won it with a close-range strike in the 30th minute.

Everton, hoping to avoid the drop into the second tier for the first time since 1954, are one point above the relegation zone with a game in hand.

“We’re still in a relegation fight. If we want to get out of it, it has to be together as a club. We’ve seen that in recent weeks,” Everton boss Frank Lampard said.

West Ham crushed relegated Norwich 4-0 at Carrow Road to ease the pain of their Europa League semi-final defeat at Eintracht Frankfurt on Thursday. 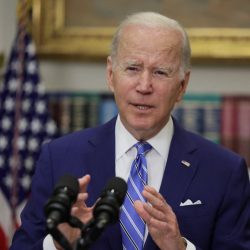 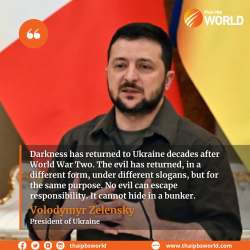