Prime Minister Mahathir and his wife Siti Hasmah Mohamad Ali during a rest over coffee at a café in Kuala Lumpur. Photo from Mahathir’s Facebook post

Malaysian Prime Minister Mahathir Mohamad took the weekend off for a date with his wife Tun Dr Siti Hasmah Mohamad Ali around the Malaysian capital of Kuala Lumpur, according to Bernama News.

Several photographs that were uploaded on social media showed the 94-year-old leader driving a Proton car to the federal capital with his wife.

“Once in a while, (I) take Hasmah dating in KL,” he said in an Instagram post on Saturday.

The couple also spent time to have a bite at a cafe believed to be in an area known as Jalan Bukit Bintang.

Mahathir, 94, was in Bangkok early this month for the ASEAN Summit during which he impressed many Thais with his wits and stamina.

Bernama News said within a few hours the posting containing three photographs and one video have received more than 55,000 ‘likes’ and 2,000 comments from netizens.

It said netizens generally were impressed by the strong message of love that Dr Mahathir and Dr Siti Hasmah have for each other and prayed for the couple’s prosperity and health. 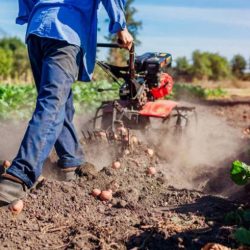 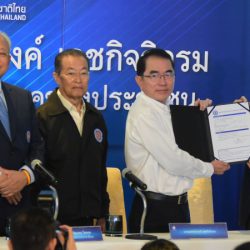