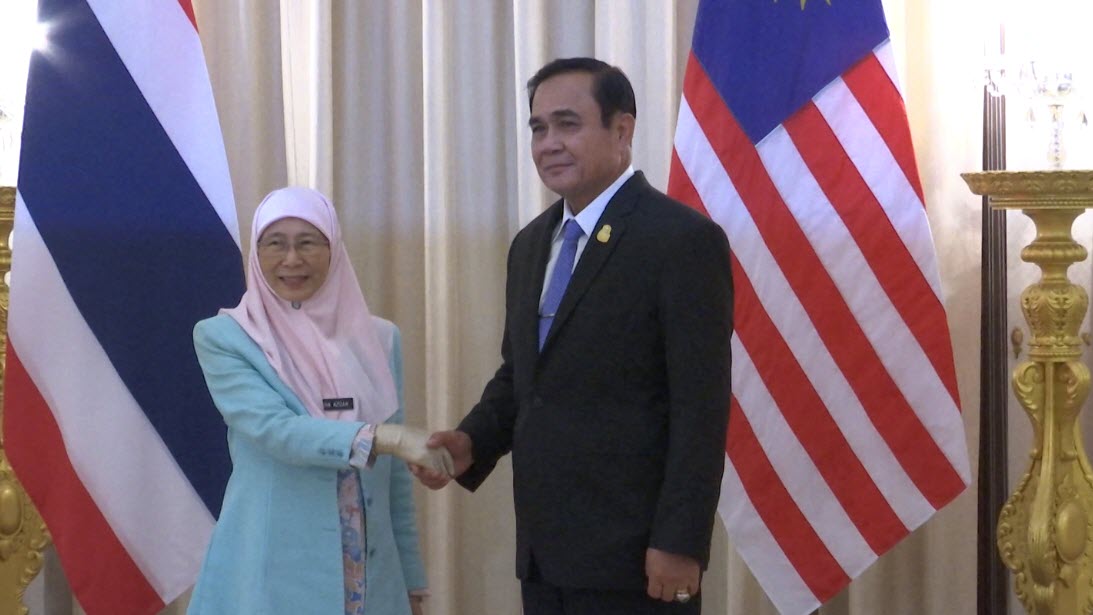 Malaysia can pick up something from the method implemented in Thailand in tackling the issue of neglected children and babies and those without citizenships, said Malaysia’s Deputy Prime Minister Datuk Seri Dr Wan Azizah Wan Ismail, according to Bernama news agency.

It quoted Wan Azizah, who is also Women, Family and Community Development Minister, as saying Malaysia was attracted by  the commitment of the Thai government in ensuring their predicaments were appropriately championed.

‘’I visited the Thai Red Cross Children’s Home (RCCH) and was attracted with the concern of the Thai government in ensuring the children and babies get the appropriate attention so that their basic needs such as education and health are met,’’ she told a media conference with the Malaysian media in Bangkok yesterday.

Wan Azizah arrived in Bangkok yesterday for her first visit to Thailand after being appointed to the cabinet following Pakatan Harapan’s victory in the general elections in May last year.

Wan Azizah this morning paid a courtesy call on Prime Minister General Prayut Chan-o-cha at the Government House and attend a bilateral meeting with her counterpart Gen Chatchai Sarikulya.  She was also scheduled to have a roundtable discussion session with 30 Thai businessmen who are members of Federation of Thai Industries (FTI), virtual launch of ‘7 MLD Reclamation Water Treatment Plant’, a joint venture project between Ranhill Holdings Bhd (Malaysia) and Amata Water Co. Ltd (Thailand) in Amata City Industrial Estate, Rayong, Thailand; and a visit to Or Tor Kor Market run by Thai Marketing Organisation for Farmers.