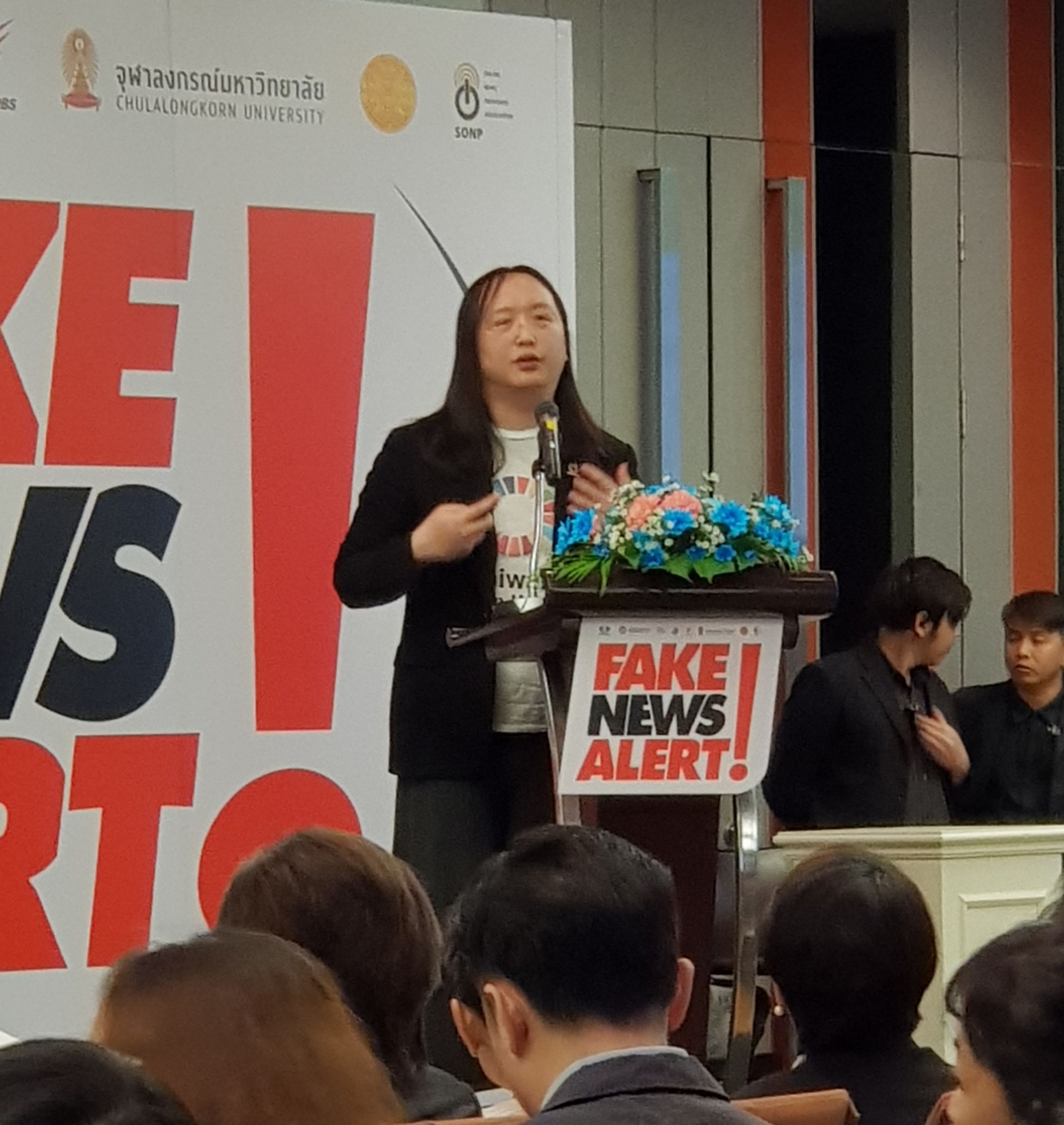 Taiwan’s Digital Minister, Audrey Tang said, at the International Conference on Fake News, being held in Bangkok today (June 17th), that creating an online tool with fast access will boost people’s participation in clarifying and deterring disinformation, which is a growing global crisis.

“Disinformation is a threat to the global community because there is no way you can tell what is true,” says Audrey.

Speaking to the audience of over 200 people, the minister, whose both parents are journalists, referred to an official Line fact checker account in Taiwan that allows users, who have doubts about the authenticity of the information, to forward it to the fact checking service. The participants have fun as they can readily and rapidly cross check with peers.

Currently the popular fact checking ‘bot’ is CoFact. It works as people forward suspicious information and flag it for collaborative fact checking. In June, it will become a core function in the LINE application. All the users have to do is to press a message, and flag it as possible disinformation.

Another key to combatting fake news is to make the fun-filled fact-checking tool and process extensible, to encourage wider participation creating a greater impact, she said.

The minister added that there are three methodologies to counter incorrect and false information, namely a response time of under 60 minutes, a collaborative fact checking platform such as CoFact and laws that promote correct and honest information sharing and that ban fake information, especially propaganda sponsored by foreign entities.

The dynamic transgender minister also shared three proactive actions to counter fake news promptly. First, the government must be open to and encourage people’s participation. She said that she allocates a few hours each day for anyone to come and talk to her directly, and Taiwan encourages every ministry to assign a participation officer to listen to the voice of the people.

“Open government is basically about trusting the people, and you’ll be trusted in returned,” she said.

The second proactive action is to create a built-in online platform for public use, such as Line Message and Line Today, for people to flag suspicious information for fact checking.

The third action is to develop public awareness media, such as high quality TV series for people to view and from which they can learn, along with devising school curricula on critical thinking and media literacy. 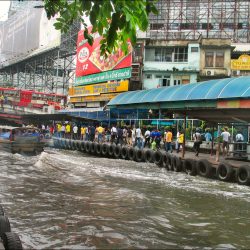 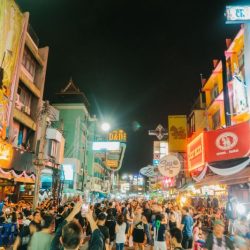 Bangkok among cities that are least prepared for the rise in urban tourism, WTTC