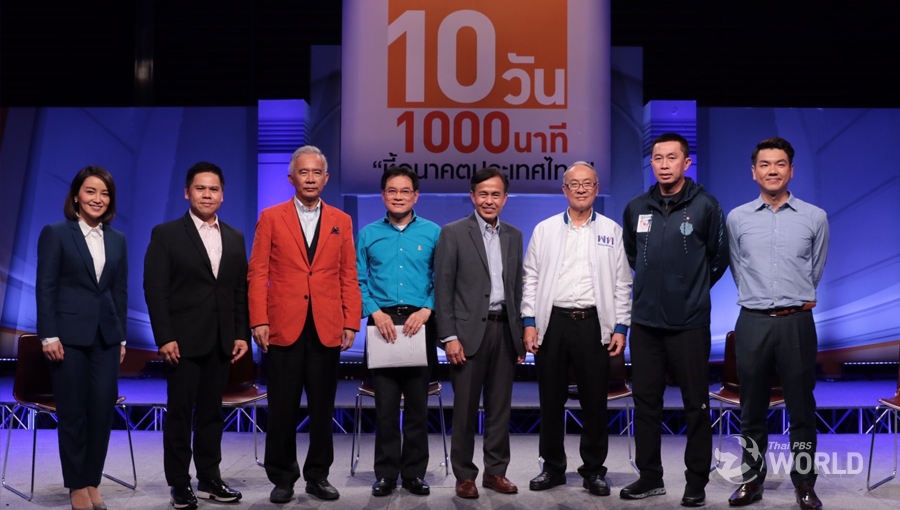 Representatives of six political parties at the forum on Thailand’s political future organized by Thai PBS on Monday night.

However, some see electoral mechanisms in the Constitution which prolong the political role of the military as an impediment to Thailand’s return to full democracy.

Chaikasem Nitisiri, a prime minister candidate of Pheu Thai Party, vowed to push for what he described as an “anti-coup” law to prevent future military coups. His view was shared by Piyabutr Saengkanokkul of Future Forward Party who also pledged to reform the armed forces to get the military out of politics if his party won the election.

“Our aim is to make the armed forces lean and mean and to end the vicious political cycle of having elections only to have democracy crushed by military coups,” said Piyabutr.

Jurin Laksanavisit of the Democrat Party unveiled a series of the party’s policies aimed at improving the people’s livelihood and insisted that it would join hands with other parties in forming a post-election coalition government only if their platforms and political stance are compatible.

They were among representatives of six political parties who took part in the first of a series of debate forum organized by Thai PBS. Under the title “10 Days-1,000 Minutes: Deciding Thailand’s Future”, the forum is designed to be a platform for political parties taking part in the March-24 election to lay out their plans and visions for the country. The form will run continuously for 10 days focusing on different major economic, social and political issues on each day.

Suwat Liptapanlop, also a prime minister candidate from Chart Pattana Party, said he was optimistic that Thailand would begin the process of returning to political normalcy after the election. “But that means the political situation will have to be stable after the election,” he said, adding that despite some hiccups, the economic conditions of the country are still fine.

Varawut Silpa-archa from Chartthaipattana Party said his party will want to see education reform as a top priority. “Education is the foundation of everything,” he said, expressing confidence that Thailand will return to normalcy after the election.

Saksiam Chidchob from Bhumjaithai party called on all political parties to leave all their conflicts behind and concentrate on building the future. He also emphasized his party’s policy to legalize marijuana as a cash crop which he believed would be a new major source of revenue for the country 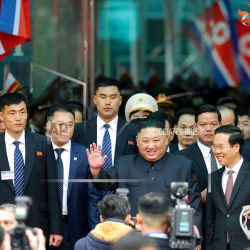 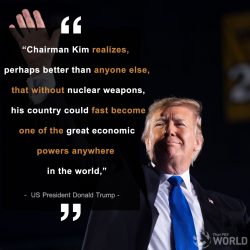