Prime Minister Mahathir Mohamad of Malaysia has chided Malays’ attitude of being untrustworthy and lazy, according to the New Straits Times Malaysia Online on Sunday.

“We accuse others. We accuse the government, accuse other races. When we fail, they are at fault. We are never wrong. Where are our faults? There are many. The first is we do not work as hard as others. Not only that, we also do not pay attention to our responsibilities. We don’t pay attention before deciding to do something,” said Mahathir at his party Bersatu’s second celebration anniversary Saturday night.

“We lack mastery of the knowledge and information needed to make good decisions. I dare to say that we are lazy. We like to hand over our jobs to other people,” said the chairman of the Parti Pribumi Bersatu Malaysia (Bersatu).

Dr Mahathir also chided the Malays’ attitude of being untrustworthy and for not having a sense of responsibility for tasks entrusted to them, as well as their propensity to break promises.

The Malay community, he said, also have no qualms about taking things or money that do not belong to them.

“When we owe someone, it’s hard to pay back. Take the PTPTN (National Higher Education Fund Corporation). It is not much that we need to pay back, just a little.

“We can afford it. Even if we only make RM2,000 a month, what’s RM100 a month? Only five percent. But even those who earn more than that don’t pay. Stingy.

“Whatever excuses we give, the fact is we don’t pay our debts. To us, it’s a small matter. But to other races, it erodes their trust in us. PTPTN debtors owe RM36 billion, almost the same as the stolen 1MDB funds,” said Mahathir.

As a result, he said banks no longer want to lend to Malays which has led to many Malay traders unable to secure capital. 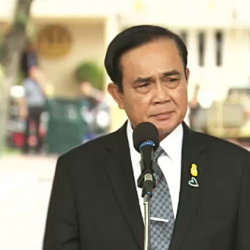