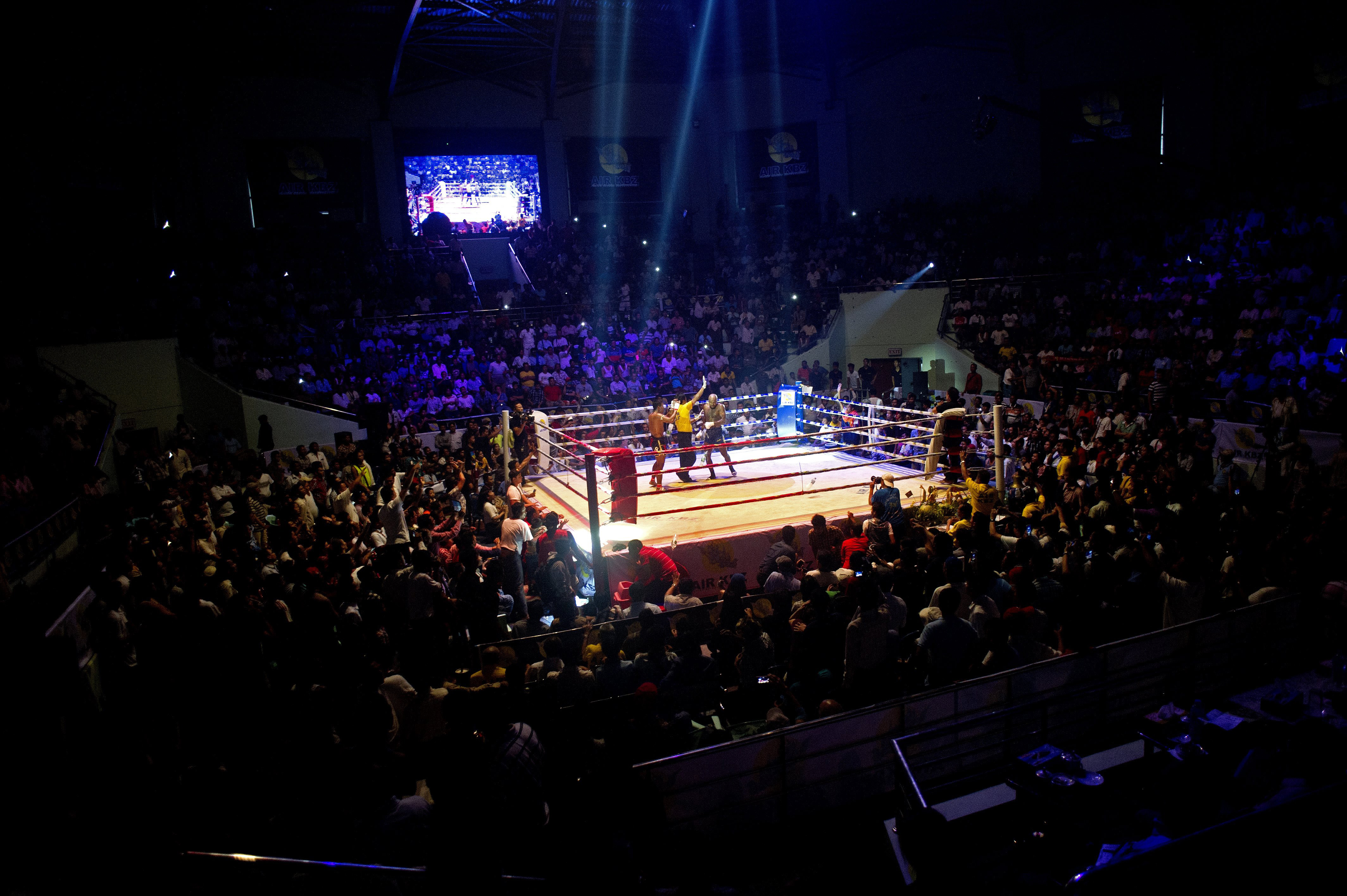 To go with MYANMAR-SPORT-BOXING,FEATURE by Athens Zaw Zaw This photo is taken on December 20, 2015 shows Lethwei martial arts fighter Tun Tun Min in the ring with his opponent, US national Cyrus “Black Dynamite” Washington, at the Thein Phyu boxing stadium in Yangon. A roar erupted at the Yangon ring as the home champion ploughed a right hook into his American opponent’s face, crumpling him to the canvas in the opening round of the bone-crunching kickboxing bout. With head-butts among the array of painful blows permitted, Lethwei pugilists say their sport is the hardiest member of Southeast Asia’s kickboxing family — even more brutal than Thailand’s better known Muay Thai. AFP PHOTO / Ye Aung THU (Photo by Ye Aung Thu / AFP)

The entire board of the Lumpini boxing stadium has been fired, after they were faulted by the Army’s investigation committee for failing in their duty to prevent the spread of COVID-19, according to Maj-Gen Burin Thongprapai, director of the Army’s Judge-Advocate General’s Department and member of the probe team.

He said today that Army Commander-in-Chief General Apirat Kongsompong ordered the removal of the entire board, including the stadium’s manager, Maj-Gen Rachit Arunrangsi, the chief of the Army Welfare Department, after he was informed of the probe’s result.

Maj-Gen Rachit had earlier been transferred to assist with work at the Army headquarters, pending the results of the investigation, as ordered by General Apirat, after it was apparent that the boxing stadium, located in Bangkok’s Ramintra area and run by the Army Welfare Department, organized a major boxing event on March 6th, in defiance of the Cabinet’s decision three days earlier that all state agencies should avoid holding any crowded activities, to prevent the spread of coronavirus.

The Sports Authority of Thailand also advised the stadium not to hold the event, which featured several top-ranking Muay Thai fighters, but the warning was ignored.  More than 200 COVID-19 infections across the country were linked to the boxing event, according to health officials.

Among the first infections from the stadium was Matthew Dean, an actor and a boxing camp manager, news of which became public on March 13th.

The stadium manager, Maj-Gen Rachit, was also among the cluster of infections. 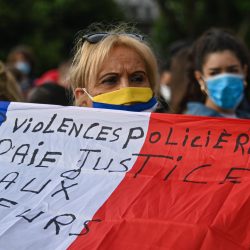