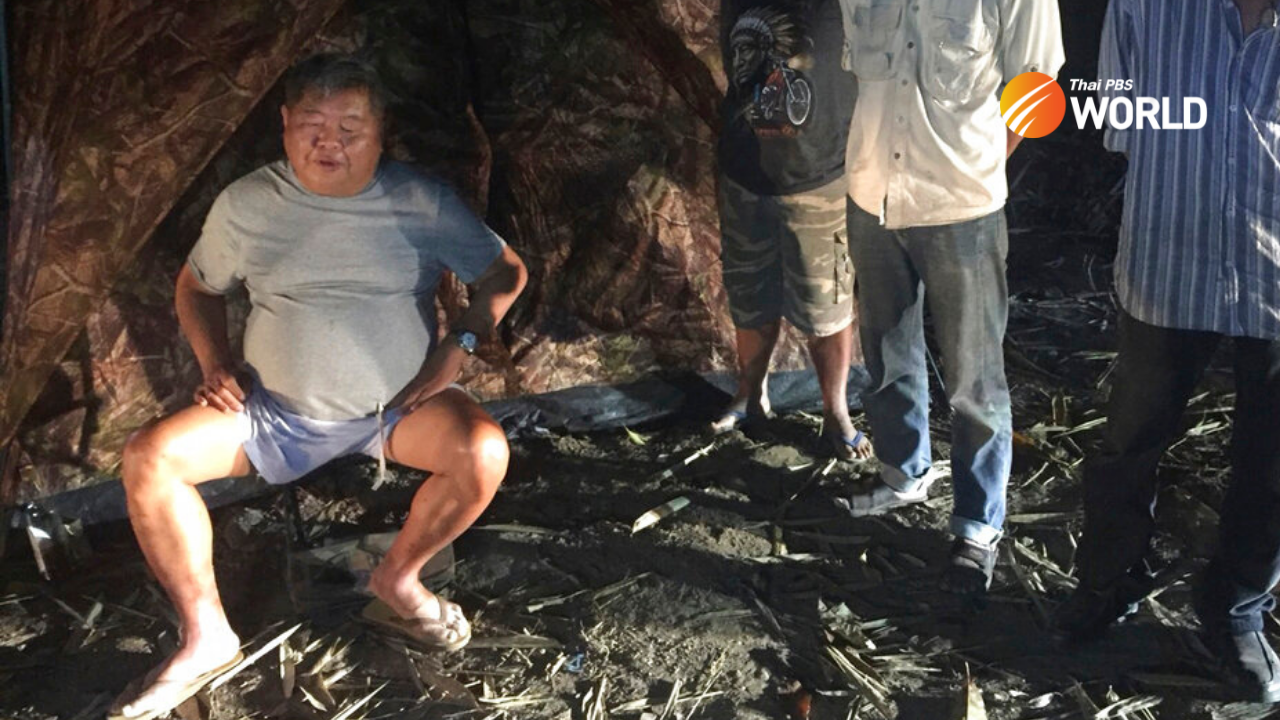 The president of Thailand’s largest construction company Premchai Karnasuta, 63 is seen with a group while being detained in the Thungyai Naresuan Wildlife Sanctuary in Kanchanaburi province on Thailand’s western border, Feb. 4, 2018. (Photo by Thailand Department of National Parks, Wildlife and Plant Conservation via AP)

The life of construction tycoon Premchai Karnasuta has been turned upside down over the hunting trip he made back in early 2018.

For wildlife lovers, the jail term of two years and 14 months handed to the 67-year-old super-rich businessman is justice for the protected species – including a black panther – that his group shot for pleasure. The World Wide Fund for Nature (WWF) called the case “a victory for wildlife and the rule of law”.

With his left eye bandaged and a walking stick in his hand, Premchai shuffled into the Thong Pha Phum Court on Wednesday (December 8) morning to hear the final ruling. The Supreme Court, as expected, upheld guilty verdicts against Premchai and his accomplices – all of whom were his staff – on a string of charges related to illegal poaching inside a wildlife sanctuary. In addition to the jail term, they were also ordered to pay Bt2 million compensation.

Although Premchai appears to have had health issues, the Corrections Department has made clear that he will definitely be sent to jail – not a hospital.

“Hospital admission is allowed only in the event of a critical health condition,” the department’s director-general Ayuth Sintoppant said.

Born on March 9, 1954, as the youngest son of Dr Chaiyuth Karnasuta and Mom Rajawongse Pannajit (Varavarn), Premchai has enjoyed a life of elite privilege. He studied at Chitralada School, which counts several royals among its former students, including the current king.

Premchai then left for the United States to study mine engineering at the Colorado School of Mines. Next came a master’s degree in business administration from the University of Southern California.

Not yet out of his 20s, Premchai was named managing director of Italian-Thai Development (ITD), the construction giant co-founded by his father. In 1994, he successfully floated ITD on the stock market.

Under his leadership, ITD won several mega-projects, which helped its annual revenue soar above Bt50 billion. Among its contracts were the construction of the original BTS Skytrain and Suvarnabhumi Airport.

However, Premchai’s life as a wealthy and well-connected businessman has now been derailed – if not ended – by his passion for hunting.

According to sources, Premchai loved hunting and had visited the Thungyai Naresuan Wildlife Sanctuary many times before his arrest in early 2018. The sources said that only the well-connected would be able to enter the sanctuary with guns. Visitors are generally subject to thorough checks on entry, but these are often eased for VIPs.

Located in Kanchanaburi province, Thungyai Naresuan Wildlife Sanctuary is part of a world heritage site of protected flora and fauna.

A source claimed that Premchai and his friends once released more than 100 bison on a private island in Rayong province so the group could take pleasure in shooting these animals from helicopters.

The Supreme Court has upheld the Appeals Court prison term of three years and two months, without suspension, handed down to Thai construction tycoon Premchai Karnasuta for poaching in Thungyai Naresuan wildlife sanctuary, among other offences, almost four years ago. Two of his co-defendants, his driver Yong Dodkrua and Thanee Thummat, the hunter, also had their sentences upheld.

Married with three grown-up children, Premchai has been doing what rich fathers usually do – preparing them for key roles in the family-controlled company. Today, his three children Peeti, Prachaya and Thoranis Karnasuta sit on ITD’s board of directors and are also named as executive vice presidents. Thoranis, the youngest son, has apparently been chosen to lead the business in Premchai’s absence.

According to an announcement posted on the stock-market platform settrade.com earlier this month, ITD’s board of directors has resolved to appoint Thoranis as acting company president in the event that Premchai is unable to perform his role.

The timing of the board’s resolution indicates that Premchai might have foreseen that there was no escaping the long arm of the law.

In fact, Premchai has been reducing his role at ITD in recent years. He has also cut his stake in the company, from 14.88 percent back in 2018, to just 11.90 percent today. For now, however, he remains ITD’s biggest shareholder. Among his children, only his daughter Prachaya ranks among the firm’s 10 biggest shareholders. 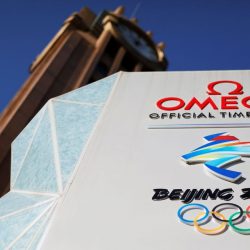 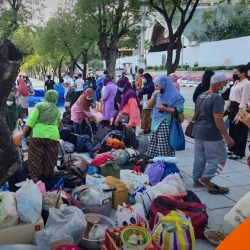