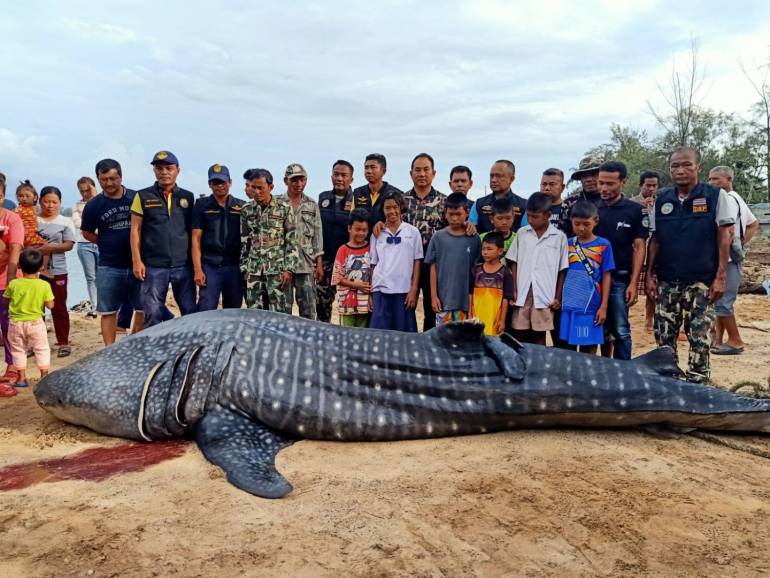 A whale shark, which was found dead in the sea near Libong Island of Thailand’s southern coastal province of Trang, has been found to have died from cardiac arrest after its tail became entangled in a rope.

The creature, which measured 5.3 metres long, was towed ashore at Hat Yao beach by officials of the Department of Marine and Coastal Resources. Veterinarians dissected its body to examine its vital organs and found the heart muscle to be pale, assumed to be due to a heart attack, and there were no parasites found in the heart.

A lot of food, including plankton and small fish, was found in the stomach and the liver was in the state of decomposition.

The vets suspect that the rope bound around its tale might have caused the creature’s heart to become over stressed, leading to cardiac arrest.  However, he said that tissue samples of the vital organs will be sent to a laboratory for tests to determine the exact cause of death.

Meanwhile, Thon Thamrongnawasawat, vice dean of the Faculty of Fisheries at Kasetsart University, said in his Facebook post today that he suspected the whale shark might have got trapped in a fishing net and fishermen bound its tale with a rope as they tried to free it from the net.

He said the shark might develop sudden cardiac arrest if it was pulled out of the net too violently.  He continued, saying that another whale shark might have died from the same cause in the sea off Phuket about two years ago.

In the past three years, Thong disclosed that seven whale sharks have been found with their tales bound in rope.  Two of them were rescued, two were found dead and the remainder have not been accounted for since. 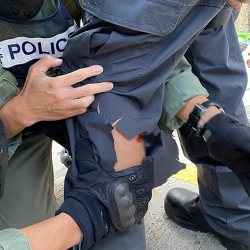