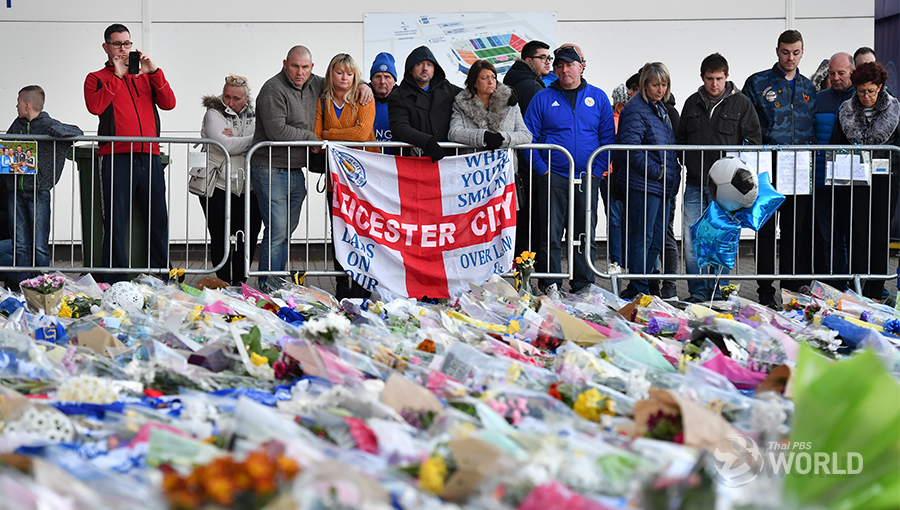 Supporters pause at the pile of floral tributes outside Leicester City Football Club’s King Power Stadium in Leicester, eastern England, on October 28 after a helicopter belonging to the club’s Thai chairman Vichai Srivaddhanaprabha crashed outside the stadium the night before.

Leicester City Football Club confirmed last night that its chairman and owner Vichai Srivaddhanaprabha was killed after a helicopter belonging to the billionaire crashed and burst into flames at the stadium car park shortly after taking off from the club’s pitch.

In a statement, Leicester City Football Club confirmed that none of the five people on-board the helicopter had survived the crash.

The Sun reported that killed along with the 63-year-old Leicester City boss were a Thai beauty queen, Nusara Suknamai, whom it described as a pal of the Thai billionaire, the pilot, co-pilot and another Thai worker, identified as Kaveporn Punpare

Nusara was a runner-up in Miss Thailand Universe 2005 and an actress in TV series.

The Sun said said the pilot of the doomed helicopter,  Eric Swaffer, 53 is understood to have saved hundreds of lives by steering it away from fans and a hotel in a “dead man’s curve”.

It quoted cameraman Dan Cox as saying: “The pilot was heroic. That helicopter could have crashed into the stadium, into the media compound where TV crews were packing up, or into the car park where I was.

Describing him as a “great man,” the Leicester City’s statement  said Vichai was “a man of kindness, of generosity and a man whose life was defined by the love he devoted to his family and those he so successfully led.”

Vichai, who also owns the King Power duty-free business empire,  bought the club for £39million and led it to a first Premier League title in 2015-16

It said a book of condolence, which will be shared with the Srivaddhanaprabha family, will be opened at King Power Stadium from 8am on Tuesday supporters wishing to pay their respects.

“Supporters unable to visit King Power Stadium that wish to leave a message can do so through an online book of condolence, which will be made available via lcfc.com in due course,” it said. 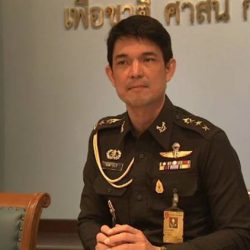 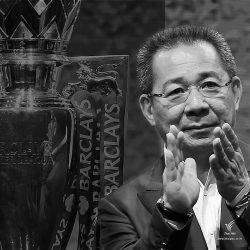