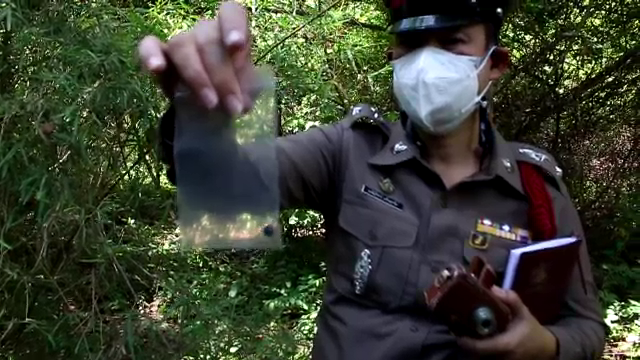 Kanchanaburi forensic police have found five shotgun pellets embedded in the remains of an elephant in Salak Phra wildlife sanctuary in the province, but they do not believe that they were the cause of the animal’s demise.

Police used a metal detector to scan the remains of the elephant, which is thought to have died weeks ago, and detected the presence of metal pieces lodged 1-2cm under its skin.

The five metal pieces were identified as lead shot from a 12-gauge shotgun cartridge, but police do not believe that they killed the elephant because the wounds had already healed.

Police said, however, that poachers had cut into the skull of the elephant to remove its tusks.

Meanwhile, veterinarians from the sanctuary in Muang district collected bone and tissue samples for lab tests to determine the cause of death.

Officials from the sanctuary have been collecting evidence to enable them to file a complaint with the police.

13 “high risk” people in isolation to monitor for monkeypox symptoms