King marks ‘new normal’ by getting close to subjects 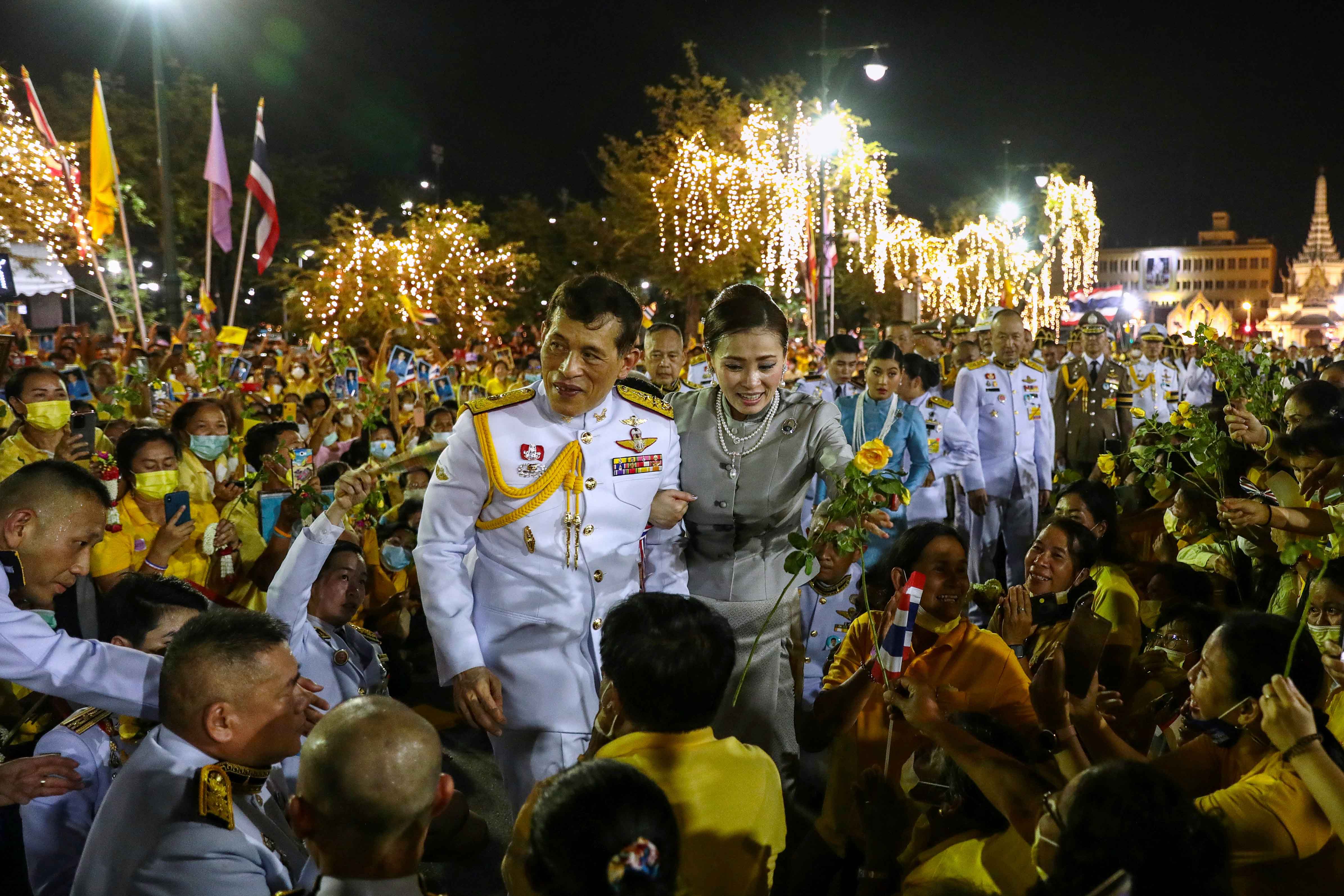 Thailand’s King Maha Vajiralongkorn and Queen Suthida greet royalist supporters outside the Grand Palace in Bangkok on November 1, 2020 after presiding over a religious ceremony at a Buddhist temple inside the palace.

The traditional gulf between the Thai monarchy and commoners appears to be narrowing as the King gets up close and personal with his people.

Over the course of less than two weeks, His Majesty King Maha Vajiralongkorn has impressed not only royalists and loyal subjects, but also both the mainstream and social media.

Netizens and journalists, moved by what they witnessed on Sunday, posted their accounts in social media and online outlets.

King Rama X has taken actions in public never seen before from his predecessors – such as having a selfie taken, giving his autograph and even touching commoners while thanking them.

These unprecedented moves come amid growing calls for reform of the monarchy by anti-establishment protesters.

On Sunday (November 1), a Bangkok high-school student’s request to take a selfie with Their Majesties the King and Queen was granted.

The Mathayom 4 (Grade 10) student, identified as Aswin Thapsuwan, and his family were among thousands kneeling to greet the King and Queen outside the Grand Palace, most of them dressed in yellow to express their loyalty to the monarch.

His Majesty had just changed the Emerald Buddha’s attire for winter at Wat Phra Kaew inside the Grand Palace complex.

The bespectacled boy told the King, “Fight on, Your Majesty” and “Don’t give up”, according to onlookers.

After the King thanked him, the youngster asked for a selfie. “Of course,” was the King’s reply.

The photo shows Their Majesties standing behind the boy as the King places both his hands on the teenager’s shoulders.

In another unprecedented action, the King answered questions put by a foreign reporter in the crowd.

Correspondent Jonathan Miller, reporting for CNN and British Channel 4 News, asked the King what he would say to the anti-monarchy protesters.

His Majesty said, “We love them all the same.”

Asked if there was room for compromise, the King replied: “Thailand is the land of compromise.”

Channel 4 described it as an “exclusive first TV interview” with the Thai King.

CNN said this was the first time that the 68-year-old monarch had spoken to foreign media since 1979 when he was Crown Prince.

In a rare move for the Palace, members of the international press were invited to sit among the crowd waiting to see the King, CNN reported. Traditionally, only the Palace news teams are allowed to cover this kind of Royal function, especially at the Grand Palace, CNN said.

Thai and foreign reporters have told BBC Thai that since October the Royal Household Bureau has permitted their photographers and cameramen to get closer to the King and other Royal family members.

Responding to shouts of “We love the King” on Sunday, his Majesty replied, “I love the people too.”

Many in the crowd held up portraits of Their Majesties and asked the King to sign them.

Some lucky royalists later showed off their portraits, complete with the King’s signature in marker pen.

One photo of the King and the Queen, standing wearing olive pilot uniforms in front of a small aircraft, bore his signature alongside the message, “Love and unity, goodwill to all compatriots and smiles make the country stable.”

Another portrait of the Royal couple bore a message reading, “Love Thailand together. Love our home and compatriots. Be kind, stay united and do good.”

In another rare action, the King also accepted a written appeal handed to him directly by a member of the crowd.

The King accepted the piece of paper and passed it on to a court official with the words: “Take care of it. Don’t lose it. I will read it when I’m home.”

His Majesty was also spotted returning a wai to an elderly woman among the crowd – an almost unheard of exchange between a Thai king and a commoner.

Among the huge crowd were people holding small LED signs normally seen at concerts. The signs bore messages like “We love the King”, “We love the Queen” and “Protect the monarchy”.

Sunday’s event came a week after His Majesty, in an unprecedented gesture, personally thanked a royalist supporter who had defiantly held up portraits of the monarch’s parents at an anti-establishment protest.

Thitiwat Tanagaroon was among thousands of mostly yellow-clad people waiting for Their Majesties outside the Grand Palace, where the King had performed a ceremony to mark King Chulalongkorn Memorial Day.

The King approached, placed his hand on the loyal subject’s shoulder and spoke to him – an emotional encounter that left Thitiwat in tears.

He later posted a phone-camera clip of the encounter on Facebook, where it drew much praise from fellow royalists but also sarcastic comments from reformists. 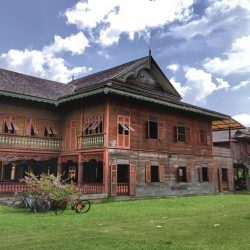