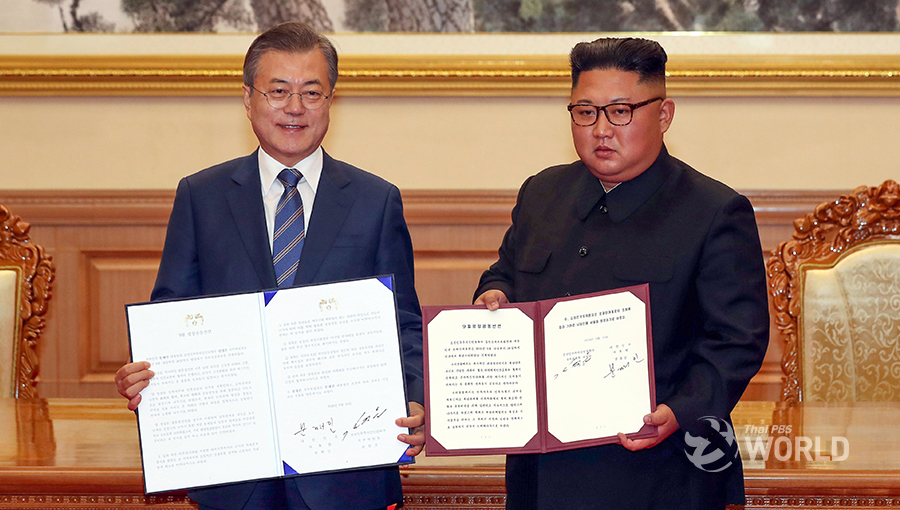 SEOUL (Reuters) – North Korea agreed on Wednesday to “permanently” abolish its key missile facilities in the presence of foreign experts, and said it is willing to close its main nuclear complex if the United States takes unspecified “reciprocal action”.

Speaking at a joint news conference in Pyongyang, South Korean President Moon Jae-in and North Korean leader Kim Jong Un said they agreed to turn the Korean peninsula into a “land of peace without nuclear weapons and nuclear threats” and take “prompt steps” toward the goal.

The third summit this year between the leaders of the two Koreas was aimed at improving ties between the hostile neighbors and rekindling stalled negotiations on the North’s nuclear program between Pyongyang and Washington.

Kim pledged to work toward the “complete denuclearization of the Korean peninsula” during his two meetings with Moon earlier this year and his historic encounter with US President Donald Trump in June.

But discussions over how to implement the vague commitments have since faltered, with Washington demanding concrete action towards denuclearization by Pyongyang before agreeing to key goals of Pyongyang – declaring an official end to the Korean War and easing tough international sanctions.

“Kim Jong Un has agreed to allow Nuclear inspections, subject to final negotiations, and to permanently dismantle a test site and launch pad in the presence of international experts. In the meantime there will be no Rocket or Nuclear testing,” Trump wrote on Twitter.

Kim said he will visit Seoul in the near future, in what would be the first-ever visit to the South’s capital by a North Korean leader. Moon said the visit was expected to take place by the end of the year.

Though North Korea has unilaterally stopped nuclear and missile tests, it did not allowed international inspections for a dismantlement of its only known nuclear test site in May, drawing criticism that its action could not be verified and could be easily reversed.

As a next step, North Korea will allow experts from “concerned countries” to watch the closure of its missile engine testing site and launch pad in the northwestern town of Dongchang-ri, Moon said. The facilities have served as a key test center for its intercontinental ballistic missiles designed at reaching the United States.

The North also “expressed its readiness” to take additional measures, such as a permanent dismantlement of its main nuclear facilities in Yongbyon should there be corresponding measures from the United States, Moon said.

“I think we should take these steps as very positive, but remember that North Korea is still taking baby steps,” said Melissa Hanham, a senior research associate at the James Martin Centre for Nonproliferation Studies.

“We don’t have a timeline, and we also don’t have any guarantees about the larger nuclear and missile programs. Allowing inspectors to the (Yongbyon) site would be useful, but it depends how much they let them see and what instruments they are allowed to take.”

North Korea has consistently refused to give up its nuclear arsenal unilaterally, and stressed that a formal declaration to end the 1950-53 Korean War should come first.

Satellite photographs and other evidence in recent months have suggested North Korea is continuing to work on its nuclear program clandestinely.

The United States has so far failed to convince Pyongyang to declare an inventory of nuclear weapons, facilities and materials, or commit it to a specific timeline for denuclearization steps. Wednesday’s agreement falls short of what U.S. officials have demanded.

According to international experts, Yongbyon houses 5 megawatt reactors, centrifuges, fissile materials used to build bombs, such as uranium and plutonium, and other facilities and equipment.

The two Koreas also agreed to pursue a bid to co-host the 2032 Summer Olympic Games, and actively work together in other international competitions including the 2020 Olympic Games in Tokyo.

They also adopted a separate military accord aimed at preventing armed clashes between the old foes, which are technically still at war because the Korean War ended with a truce, not a peace treaty.

The neighbors will gradually withdraw guard posts and equipment in a move to transform the world’s most heavily fortified border into a no-weapons area, the agreement said.

Later on Wednesday, Moon’s delegation will tour the Mansudae Art Studio, the North’s largest producer of art where state artists build statues and produce propaganda at a sprawling complex in Pyongyang. 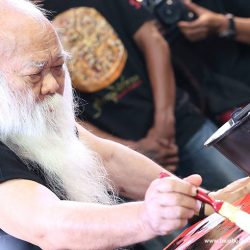