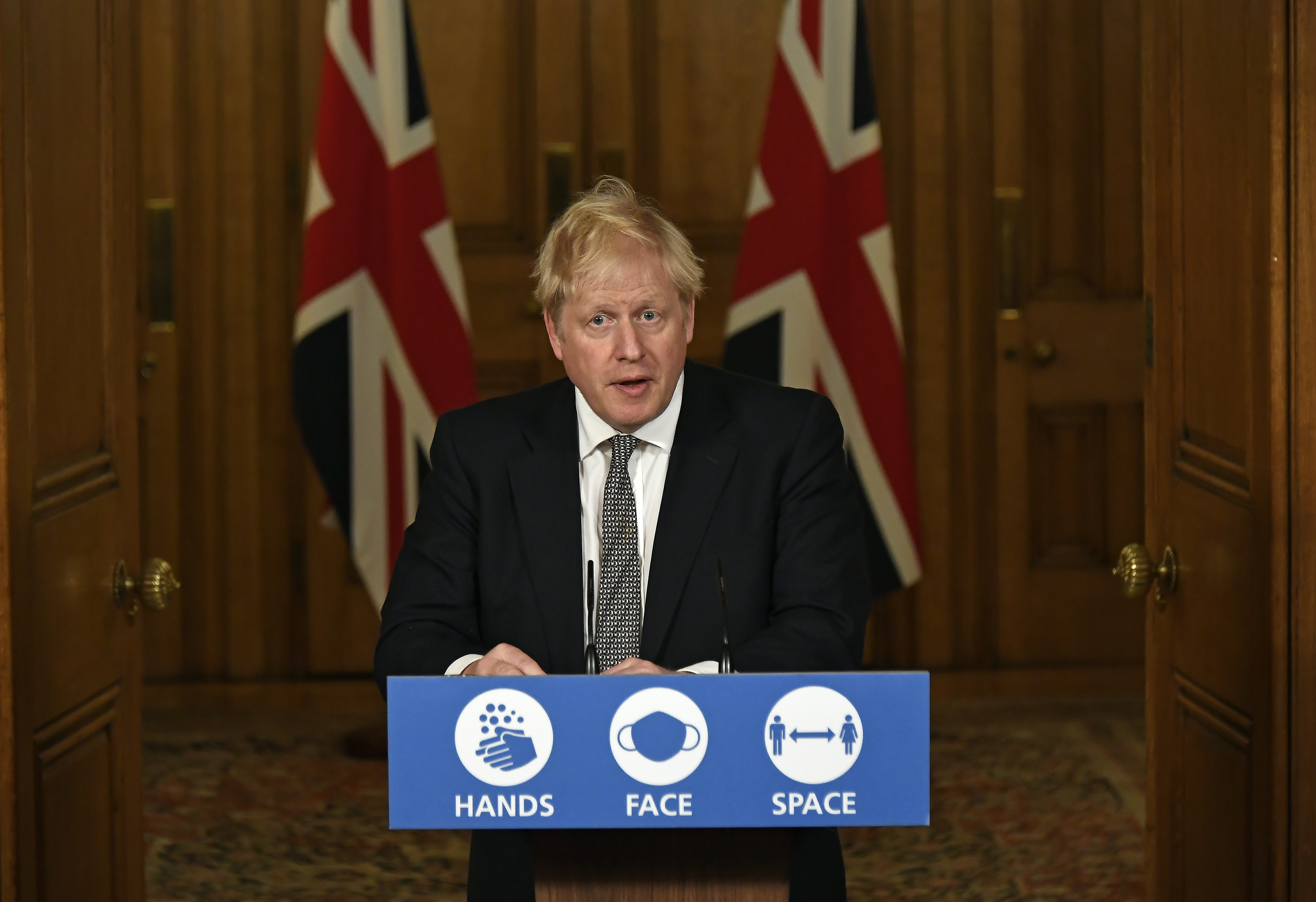 LONDON (Reuters) – Prime Minister Boris Johnson ordered England back into a national lockdown after the United Kingdom passed the milestone of one million COVID-19 cases and a second wave of infections threatened to overwhelm the health service.

The United Kingdom, which has the biggest official death toll in Europe from COVID-19, is grappling with more than 20,000 new coronavirus cases a day and scientists have warned the “worst case” scenario of 80,000 dead could be exceeded.

Johnson, at a hastily convened news conference in Downing Street after news of a lockdown leaked to local media, said that the one-month lockdown across England would kick in at a minute past midnight on Thursday morning and last until Dec. 2.

In some of the most onerous restrictions in Britain’s peacetime history, people will only be allowed to leave home for specific reasons such as education, work, exercise, shopping for essentials and medicines or caring for the vulnerable.

“Now is the time to take action because there is no alternative,” Johnson said, flanked by his chief medical officer, Chris Whitty, and his chief scientific adviser, Patrick Vallance.

The government will revive its emergency coronavirus wage subsidy scheme to ensure workers who are temporarily laid off during a new England-wide lockdown receive 80% of their pay.

Essential shops, schools, and universities will remain open, Johnson said. Pubs and restaurants will be shut apart from for takeaways. All non-essential retail will close.

Johnson’s imposition of stricter curbs came after scientists warned the outbreak was going in the wrong direction and that action was needed to halt the spread of the virus if families were to have any hope of gathering at Christmas.

Johnson was criticised by political opponents for moving too slowly into the first national lockdown, which stretched from March 23 to July 4. He fell ill with COVID in late March and was hospitalised in early April.

The measures bring England into alignment with France and Germany by imposing nationwide restrictions almost as severe as the ones that drove the global economy this year into its deepest recession in generations.

So far the United Kingdom has reported 46,555 COVID-19 deaths – defined as those dying within 28 days of a positive test. A broader death measure of those with COVID-19 on their death certificates gives the toll as 58,925.

The United Kingdom has the world’s fifth largest official death toll, after the United States, Brazil, India and Mexico, according to a Johns Hopkins University tally.