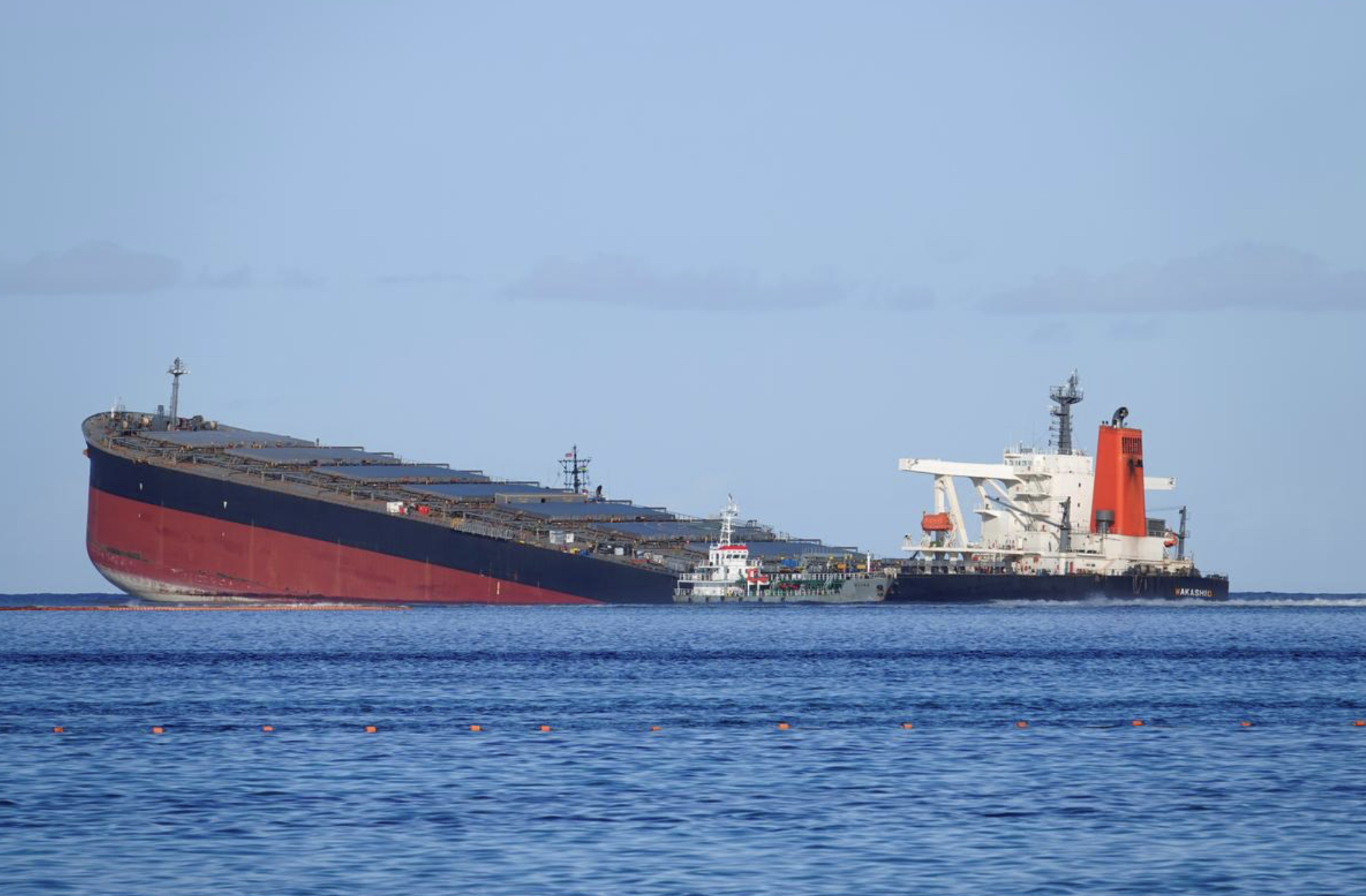 FILE PHOTO: A general view shows the bulk carrier ship MV Wakashio, belonging to a Japanese company but Panamanian-flagged, that ran aground on a reef, at Riviere des Creoles, Mauritius, August 11, 2020. REUTERS/Reuben Pillay

(Reuters) – A Japanese bulk carrier that ran aground on a reef in Mauritius last month threatening a marine ecological disaster around the Indian Ocean island has broken apart, authorities said on Saturday.

The condition of the MV Wakashio was worsening early on Saturday and it split by the afternoon, the Mauritius National Crisis Committee said.

“At around 4.30pm, a major detachment of the vessel’s forward section was observed,” it said in a statement. “On the basis of the experts’ advice, the towing plan is being implemented.”

The vessel struck a coral reef on July 25, spilling about 1,000 tonnes of fuel oil and endangering corals, fish and other marine life in what some scientists have called the country’s worst ecological disaster.

Authorities deployed booms on Saturday to help with oil absorption around the vessel.

The Crisis Committee said special attention was being given to sensitive sites such as the Blue Bay Marine Park, Ile aux Aigrettes and the Pointe D’Esny National Ramsar Site.

The weather is expected to deteriorate over the next few days with waves of up to 4.5 metres (15 feet), authorities said.

Most of the oil from the vessels have been pumped out, the Mauritian government said on Thursday, but there was still 166 tonnes of fuel oil inside and authorities were working to remove it.

Japanese Environment Minister Shinjiro Koizumi said on Saturday Tokyo planned to send a team of officials from the ministry and other specialists to assess the damage. The MV Wakashio is owned by Japan’s Nagashiki Shipping and chartered by Mitsui OSK Lines.

Scientists say the full impact of the spill is still unfolding, but the damage could affect Mauritius and its tourism-dependent economy for decades.

Removing the ship is likely to take months. Former colonial power France has said it will assist with the cleanup.