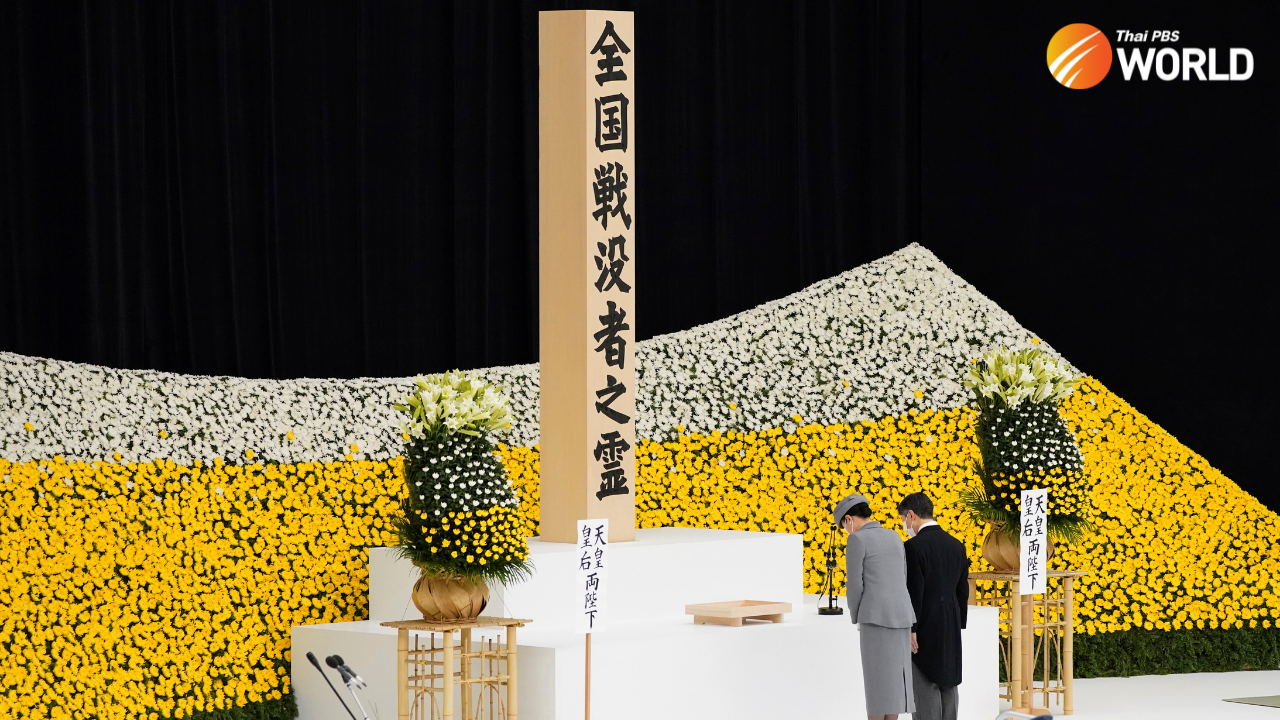 Japan’s Emperor Naruhito, right, and Empress Masako observe a moment of silence during a ceremony to mark the 76th anniversary of Japan’s surrender in World War II at Budokan hall in Tokyo Sunday, Aug. 15, 2021. (Toru Hanai/Pool Photo via AP)

Japan marked the 76th anniversary of its World War II surrender on Sunday with a somber ceremony in which Prime Minister Yosihide Suga pledged for the tragedy of war to never be repeated but avoided apologizing for his country’s aggression.

Suga said Japan never forgets that the peace the country enjoys today is built on the sacrifices of those who died in the war.

“We will commit to our pledge to never repeat the tragedy of the war,” he said in his first speech at the event since becoming prime minister.

Suga did not offer an apology to the Asian victims of Japanese aggression across the region in the first half of the 20th century — a precedent set by the country’s previous leader, Shinzo Abe, who was frequently accused of trying to whitewash Japan’s brutal past.

In a largely domestic-focused speech, Suga listed damage inflicted on Japan and its people, including the U.S. atomic attacks on Hiroshima and Nagasaki, the firebombing of Tokyo and other cities and the fierce battle of Okinawa, and mourned for them.

Emperor Naruhito, in contrast, expressed “deep remorse” over his country’s wartime actions in a carefully nuanced speech that followed the footsteps of his father, who devoted his 30-year career to making amends for a war fought in the name of Hirohito, the current emperor’s grandfather. Naruhito also said he hoped that people can put their hearts together to overcome the difficulty of the pandemic while seeking happiness and peace for all.

Amid Tokyo’s surging coronavirus infections, about 200 participants, reduced from about 6,000 before the pandemic, mourned for the dead with a minute of silence. Masks were required, and there was no singing of the national anthem.

Suga vowed to cooperate with the international community in tackling global issues under “proactive pacifism,” a vision that Abe promoted to allow Japan to play a greater military role in international conflicts.

Beginning in 2013, Abe stopped acknowledging Japan’s wartime hostilities or apologize in his Aug. 15 speeches, scrapping a nearly 20-year tradition that began with the 1995 apology of Socialist leader Tomiichi Murayama.

On Sunday, before attending the ceremony at Tokyo’s Budokan hall, Suga laid flowers at a nearby national cemetery for unknown soldiers. While Suga stayed away from the controversial Yasukuni shrine, he did send a religious offering to the shrine, Japanese media reported.

Victims of Japanese actions during the first half of the 20th century, especially the Koreas and China, see the shrine as a symbol of Japanese militarism because it honors convicted war criminals among about 2.5 million war dead.

Abe, who stepped down as prime minister last year, prayed at the shrine Sunday, and so did three other members of Suga’s Cabinet. Two other ministers visited the shrine Friday.

The visits sparked criticism from China and South Korea.

On Sunday, South Korea’s Foreign Ministry in a statement urged Japanese officials to show “sincere remorse through action” so that the countries could develop “future-oriented ties.”

China’s Ministry of Foreign Affairs also said they had lodged “stern representations” with the Japanese side in Tokyo and in Beijing over the visits to the Yasukuni shrine, noting Suga’s religious offering. Spokeswoman Hua Chunying called on Japan to take actions that would “win the trust” of its neighbors. 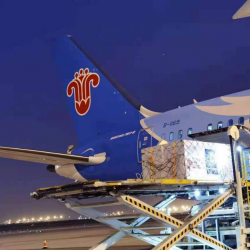 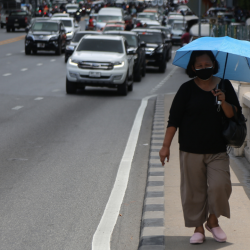