It’s up to Britain whether to extradite Yingluck: Gen Prayut

Prime Minister Prayut Chan-o-cha said today that it’s up to British police whether they would respond to the Thai Government’s request for an extradition of former prime minister Yingluck Shinawatra to stand trial in Thailand.

He explained that the Royal Thai Police, the Office of the Attorney-General and the Foreign Ministry had had done their job in accordance with required procedure in seeking Ms Yingluck’s extradition.

“We have done our part in accordance with the law.  Whether she (Yingluck) will be sent back or not is the business of the foreign country (Britain).  Likewise, it  would be up to us to consider if we should send someone back to their country if there is a request for him.  There is no need for me to discuss with the British prime minister about this,” said the prime minister.

Meanwhile, Mr Amnart Chotichai, prosecution director-general of the foreign affairs office, said his office sought the extradition of Ms Yingluck from the British government on June 22 after it learned that she has taken a shelter there.

He explained that pictures showing Ms Yingluck with former prime minister Thaksin Shinawatra in Britain could not be used as an official evidence in the extradition case.

He disclosed that requests were sent to several governments asking for the extradition of Thaksin, but there has not been any response. 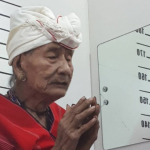 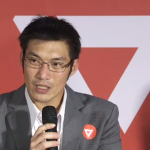 Thanathorn says his party no threat to national security