Is murky past about to catch up with govt ‘fixer’ Thamanat? 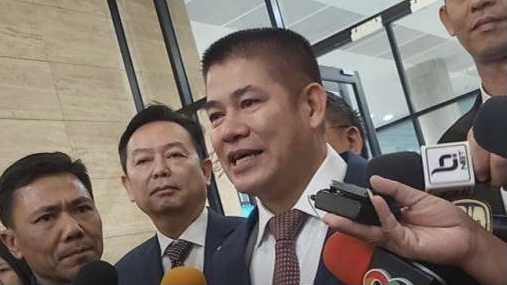 When General Prawit Wongsuwan took control of the ruling Palang Pracharath Party in June last year, among his core tasks was to manage the internal power struggle between party factions.

The deputy PM’s first move was to oust the “Four Boys” from the Cabinet and party executive. The Four Boys oversaw Thailand’s economy and were led by then-finance minister Uttama Savanayana.

Prawit is now thought to be planning another leadership revamp at the party’s upcoming general meeting, with the spotlight on the secretary-general. The post is currently held by PM’s Office Minister Anucha Nakasai from the Sam Mitr (Three Friends) faction. He replaced former energy minister Sontirat Sontijirawong, one of the Four Boys, in June last year.

The shake-up of the party’s executive board followed the departure of two members, Buddhipongse Punnakanta and Nataphol Teepsuwan. The pair were also removed from their ministerial posts after being convicted by the Criminal Court for their roles in 2013-2014 street protests led by the People’s Democratic Reform Committee (PDRC).

The protests culminated in a military coup against the Yingluck Shinawatra government in May 2014that saw General Prayut Chan-o-cha installed as prime minister.

Observers say the favourite for the secretary-general’s job is Deputy Agriculture and Cooperatives Minister Thamanat Prompow, who is also the party’s deputy leader.

The Phayao MP appears to have won Prawit’s trust and backing. This was evident when he was assigned to lead government committees tasked with tackling important issues, including a land long-running dispute between the state and Karen villagers in Phetchaburi’s Kaeng Krachan National Park, as well as local opposition to the controversial Chana Industrial Estate project in Songkhla.

Prime Minister Prayut Chan-o-cha recently assigned Thamanat to oversee a COVID-19coordination effort in three provinces in the South that are traditionally regarded as Democrat Party strongholds. However, that assignment was retracted after the coalition partner raised objections.

Prawit now wants to put Thamanat in charge of the Bangkok gubernatorial election. The deputy PM has thrown his support behind former national police chief Chakthip Chaijinda, a contender for governor.

As the saying goes, behind every successful man, there’s a woman. Except in Deputy Agriculture and Cooperatives Minister Thamanat Prompow’s case, there are two – the woman he is legally married to and his common-law wife.

It seems only a matter of time before Thamanat replaces Anucha as party secretary-general. Not only does he have Prawit’s support, he also commands the loyalty of more than 40 Palang Pracharath members. Thamanat’s party allies include Prawit’s close aides, chief government whip Wirach Ratanasate and Deputy Labour Minister Narumon Pinyosinwat, as well as Deputy Finance Minister Santi Promphat.

He also has plenty of allies in the opposition camp and is believed to have struck political deals with several opposition MPs to help the government win crucial votes in Parliament.

Observers speculate that Prawit will hand Thamanat the secretary-general’s post as compensation for denying him promotion in March’s Cabinet reshuffle.

However, any such move is likely to trigger a revolt from the Sam Mitr faction, which is led by Industry Minister Suriya Jungrungreangkit and also features Justice Minister Somsak Thepsuthin and Anucha. Reports say this group will block Thamanat and nominate Somsak as contender for Anucha’s post instead.

It remains to be seen if “Big Brother” Prawit can successfully manage the internal power battle, but to take the post Thamanat will first have to survive a probe of his qualifications.

On Wednesday, the Constitutional Court is scheduled to rule whether Thamanat is eligible to hold a Cabinet portfolio and sit as an MP, given his criminal record in Australia. The ruling stems from a petition against Thamanat filed by members of the opposition Move Forward Party in May last year.

Thamanat was sentenced to six years in prison in 1993 by an Australian appeal court in a case related to heroin smuggling, according to the Sydney Morning Herald. When opposition MPs grilled him over his drugs-related conviction during a no-confidence debate last year, he strongly denied involvement in the case.

“If he survives the verdict, the road is clear for him to become the party secretary-general,” said Yuthaporn Issarachai, a political scientist from the Sukhothai Thammathirat Open University.

Though his past makes him a lightning rod for the government, Palang Pracharath insiders believe that despite his unpopularity among the public, he is the right man for all situations, he added. 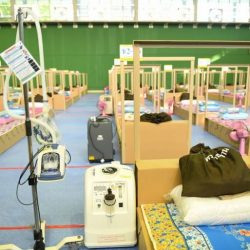 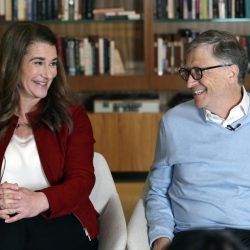